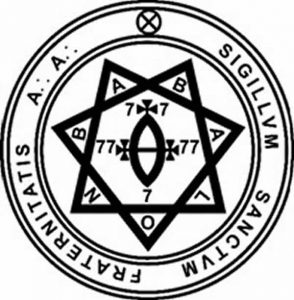 “Do what thou wilt shall be the whole of the Law”

Printed in black and red inks throughout onto high quality Rives Tradition 120gsm cream paper, handbound in English goatskin vellum produced by William Cowleys (established 1860), marbled papers by Payhembury.All five volumes and box gilt to front with the original 1909 ‘THELEMA’ title with Egyptian borders, to the top spine of each volume the successive Roman numerals I to V, to the spine of the box is the seal of  A.˙. A.˙. ‘HOLY BOOKS OF THELEMA’ titles gilt with ‘418’ and ‘666’

All five volumes are securely contained in a full leather clamshell box bound in Scottish Pentland goatskin with silk linings.

“Love is the law, love under will”