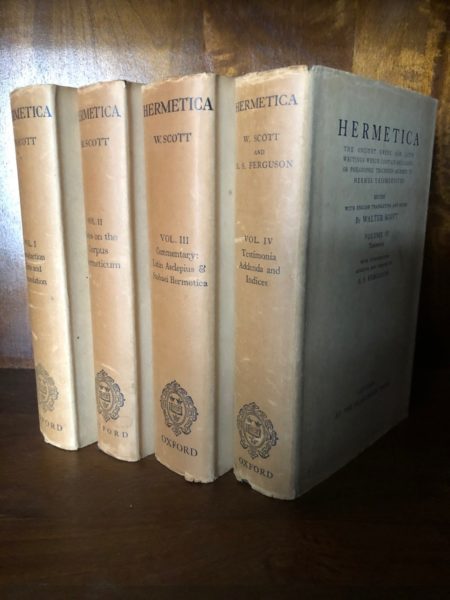 A rare first edition set of this landmark work in Hermetic studies. The ‘Hermetica’ is the name given to an extraordinary collection of writings ascribed to Hermes Trismegistus, the Greek name for the legendary teacher, prophet and scribe deified by the Egyptians as the god Thoth and known to the Hebrews as Enoch.

Volume I contains the original Greek and Latin texts as well as the translations and notes. Volumes II and III provide extra commentaries on the Corpus Hermeticum, the Asclepius and the Strobaeus. Volume IV provides Testimonia as well as addenda to the notes on the earlier texts, copious indexes.