Add this item to your shopping cart, on check out please specify a book title in the ‘order notes’ or let us know your interests and we will choose a title for you from our exclusive range.

Plus one of our rare limited edition publications FREE!

Plus the opportunity to apply for initiation into the Inner Order which is free to join.

Become a member of

FORM A CHAPTER OF THE HELL FIRE CLUB

IN YOUR OWN COUNTRY 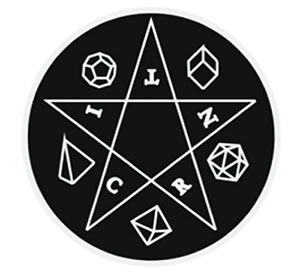 The Hell Fire Club was established in 1748 and still exists today.

and receive one of our rare limited edition publications ABSOLUTELY FREE.

The image above shows the membership pack with a copy of ‘Secret Symbols of The Hell Fire Club’ inside, but you may choose any subject area for your free book.

Add to basket, on check out please specify in the ‘order notes’
your interests and we will choose a title for you from our exclusive range: 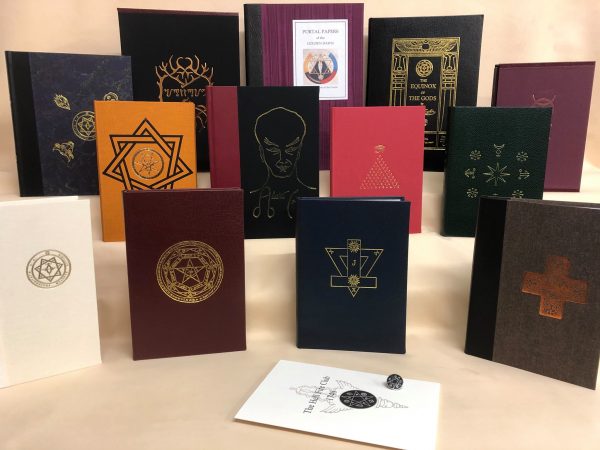 This is a serious step, requiring integrity, 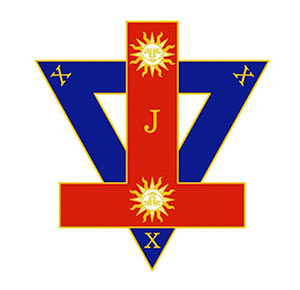 About The Inner Order 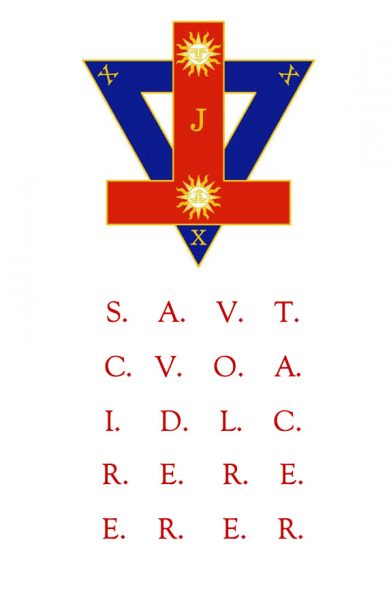 One is the Beginning of All;

One the True Nature of Being;

One into which all Identity Dissolves.

History of The Inner Order 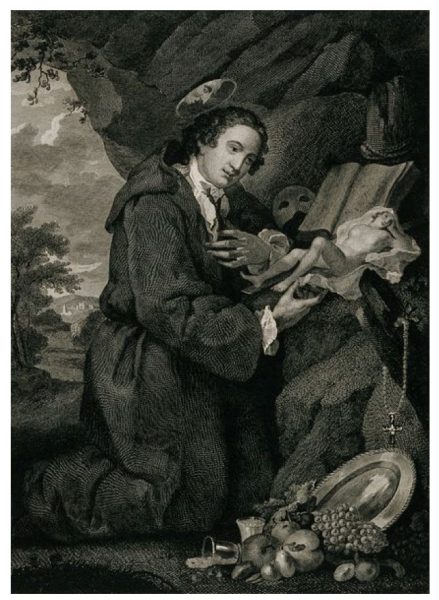 Saint Francis of Wycombe in the Habit of a Monk 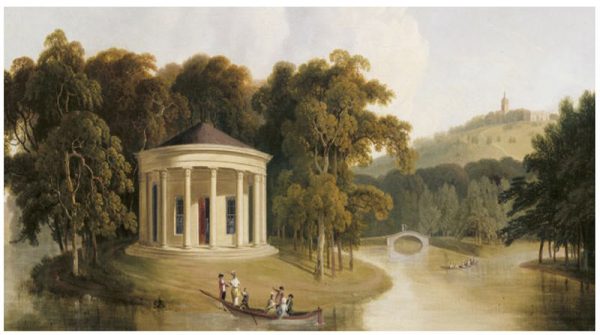 West Wycombe: The Temple of Music 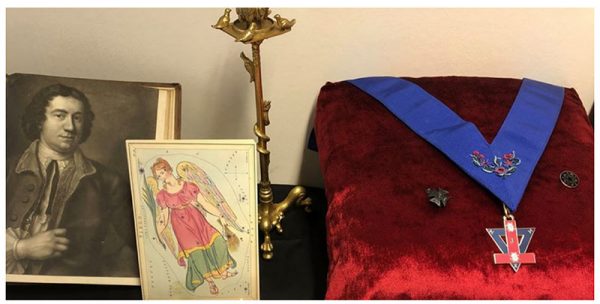 B.A.P.H.O.M.E.T. The Dragon of the Moon with portrait of Sir Francis Dashwood and the Stewards Jewel: an Astrological Mystery

The Dragon of the Moon: Witchcraft and the Hell Fire Club
150 years before Lelands publication of ‘ARADIA: The Gospel of the Witches’, a young English nobleman named Francis Dashwood travelled to Italy to make his own connection with the surviving lore of ‘la vecchia religione’ or ‘The Old Religion’ of the witches.
With his tutor the Duke of Westmoreland, the young Sir Francis Dashwood visited the meetings of the Etruscan Society at Cortona seeing there a remarkable display of ancient Roman and Etruscan religious artifacts. The principal item which inspired him was a bronze incense burner sacred to the oracular goddess TURAN whose symbol was the dove and serpent.

This incense burner appeared in the 1751 publication of the Cortona Etruscan Society (‘Museum Cortonense’) but was subsequently lost, having been sold in 1839 to the Leiden Museum by the antiquarian Humboldt. Until our publication of ‘Secret Symbols of the Hell Fire Club’ this connection between Italian Witchcraft and Sir Francis Dashwood’s notorious Hell Fire Club was unknown to the public.

Upon returning to England Sir Francis Dashwood had a large replica of this witchcraft symbol of TURAN constructed to serve as a baptismal font in his restoration of the church upon his estate at West Wycombe. The font, with three lions feet, a large dragon-serpent chasing a dove up the stem with a square plate of four doves at the top, stands between two vast sunbursts: one on the mosaic floor and the other directly above upon the ceiling. A superb hieroglyph for the union of the Sun and Moon.
Through his connections with the Etruscan Society and with the help of an illicit bookseller named Edmund Curll, the Dashwood occult circle collected numerous works on the survival of magical traditions in Italy notably the famous ‘Nocturnal Congress of the Spirits’ by Giralmo Tartarrotti (1749) which was the first suggestion that witchcraft was an organized religion descended from the Romans’ cults of Diana and Erodiade (Aradia). Tartarotti’s experiences with witchcraft went back to at least 1728 where he was involved with debate of the trial and execution of one Maria Renata for the practice of witchcraft.
Sir Francis Dashwood’s church at West Wycombe stands directly above the notorious ‘Hell Fire Caves’ which Sir Francis Dashwood had dug in the 1750’s for his secret meetings, the imagery of doves and serpents appears many times throughout the folklore of these caves, pointing to the survival of local knowledge of witchcraft practiced there. Local legends describe the various painted frescos of the goddess Ariadne at West Wycombe as being images of Dashwoods daughter Rachel Frances Antonina (‘The Infidel’) Dashwood who inherited her fathers interest in the occult, another sign of the persistence of local belief.
To the foreground of the church at West Wycombe is another strange structure: a large hexagonal mausoleum whose design reflects that of the ‘Abbey of Theleme’ (or ‘Abbey of Do What Thou Wilt’) described by Francois Rabelais in the sixteenth century the same ‘Abbey’ which inspired the Cefalu commune of occultist Aleister Crowley in the 1920’s.
Sir Francis Dashwood’s font still stands in the church today though its original meaning has been forgotten by all but initiates. 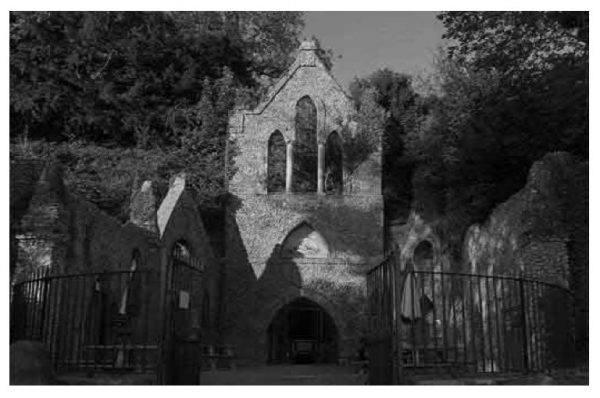 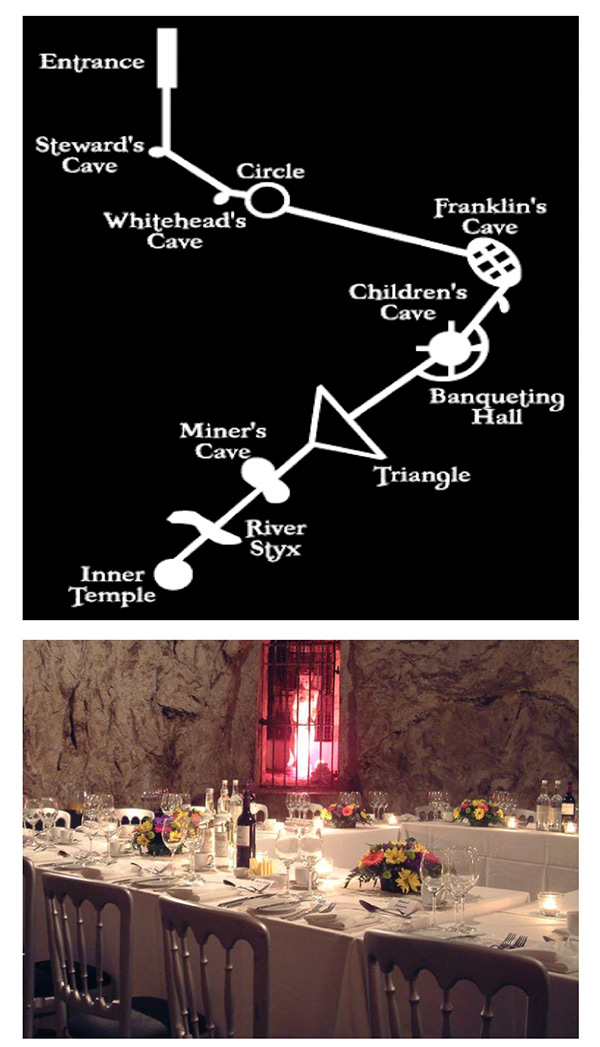 Meetings at The Hell Fire Caves at West Wycombe 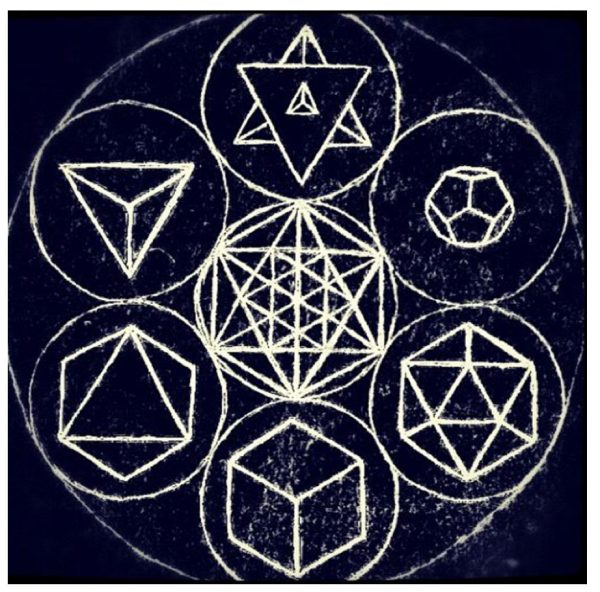 ‘On the scarlet thread, the knots are seven…’ 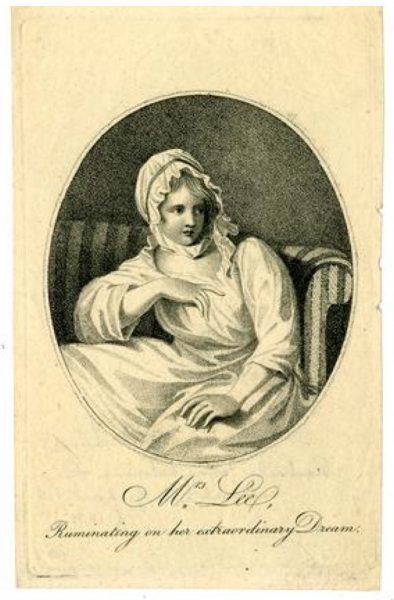 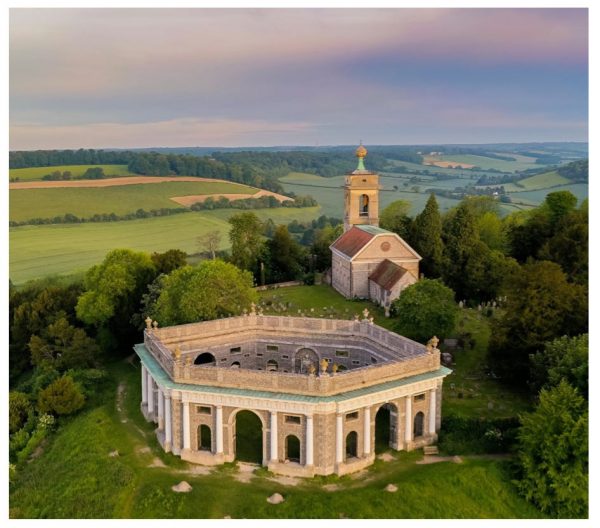 Church and ‘Abbey of Theleme’ at West Wycombe 1765

View of The Abbey of Theleme by Charles Lenormant 1840

‘By water pass Five Pyramids to the Golden City’

The Keys of Hell and Heaven

I give you a gold and silver key;

keep them for me when I depart

and wear them always at your throat

on a scarlet thread

when I am dead.

They are the keys of head and heart.

If you count them, you will see,

on the scarlet thread, the knots are seven,

the way being intricate and remote

from the Silver Key to the Key of Gold.

And the fourth knot doth a Rose enfold,

for the knots are the keys of Hell and Heaven. 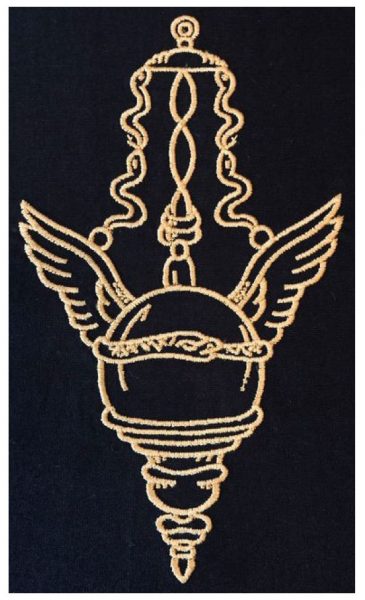 Inner Temple Lamp of the IV°

Chapter Houses of The Inner Order 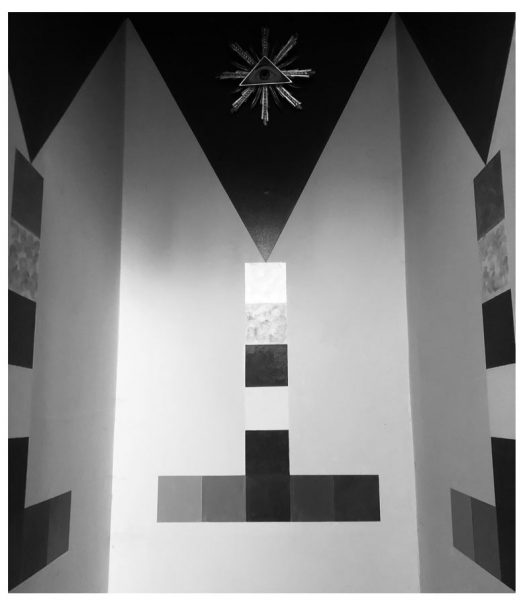 Oratory of the III° : the Jewel of the Chapter House 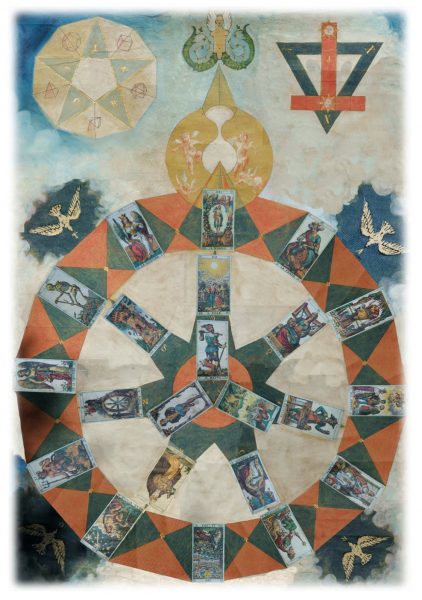 A Temple of The Triumphs: the Hell Fire Club floorcloth

The Inner Order and other Esoteric Societies