Keys to the Hoodoo Kingdom 250 copies

A work of leaping into the spirit world 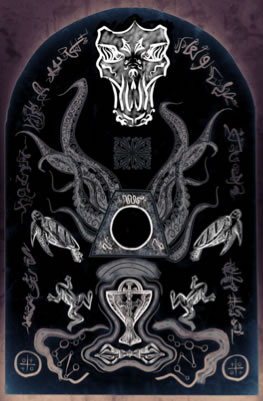 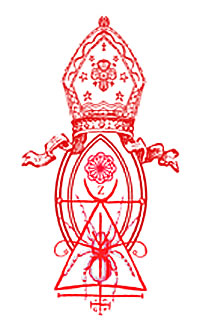 Including his original artwork

From work inspired and directed by Michael P. Bertiaux

The work of Michael Bertiaux stands out as unique in the modern occult world due to its postmodern stance and Spiritist nerve that introduced to the world a magic of being rooted in ontology and phenomenology being brought into domains of radical magic where the practitioner gradually realizes that he is the artist and the world is his canvas as every tube of paint and every flask of dissolvent and every brushstroke is rooted in a possibility attached to the lattices and matrixes of creation, a 64 sided diamond that pulsates in the rhythm of death and becoming at each nanosecond the world comes into being as a renewed constant possibility, where we define the magician as artist in the meeting with what is not as well as what does affirm, and drives us towards realization, knowledge and the irrational at the same time. 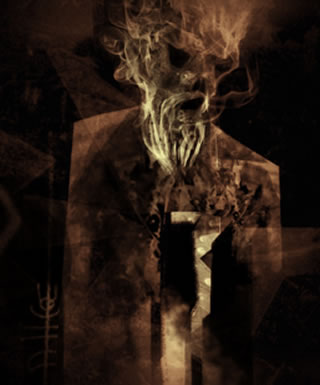 I recall my own fascination and frustration with ‘The Voudon Gnostic Workbook’ when I came across it quite by chance in a bookstore in Oslo in 1991: it was a chaotic oeuvre and in the many pages certain chapter and lessons stood out as talking more clearly than others, a resonance with the parts of Bertiaux work that established rapport and generated a peculiar order in the apparent chaos.

It took time to realize where Bertiaux came from and the realization that he had simply presented a book of possibilities, a series of experiments, a tome of research, a ‘cookbook’ as he defined it himself when we meet in the late 90s generated the eureka necessary to realize the importance of Heidegger and the entire French tradition, not only in terms of Spiritism and occultism, but also the very philosophical frame of mind that would signify the French philosophical tradition. This means that Bertiaux was also presenting his work as an example of how the magician-artist can create his and her world, as the Voltiguer or leaper in the realities real and imagined, because as the creator of one’s reality and being, Zothyria and Krypton would as a possibility be as real and meaningful as any physical and material place because all that is, was once a dream, a flickering in the cosmic imagination. This means that the way towards explaining what the work represented by OTOA and LCN is about is to show by example, to show the 729 shades of the magician-artist as creator of his own magical reality. 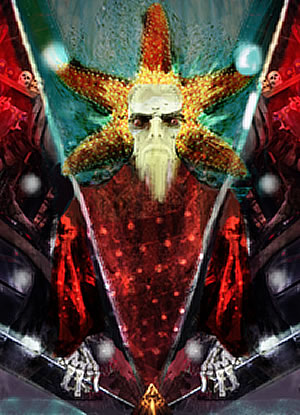 In ‘Keys to the Hoodoo Kingdom’ Monseigneur Woodward is doing exactly that, he is placing himself in the center of his own magical universe and is sharing with the reader the consequences of his voltiguerism and Spiritism as lodged in the lessons known as Lucky Hoodoo, a work that in its simplicity is also a work of tremendous impact and functionality. Also, in this book Sean is taking time to reflect on the various influences present in the creation of OTOA and LCN and as the book opens chapter by chapter an understanding of the ‘two Yggdrasils’, that were essential to Jean Maine, the commonalities between the Vodoun world view and the Nordic World view opens up in greater clarity and harmony as it fleshes itself out in the red and the black serpent of the solar Hoodoo temple in its ability to open the landscapes of possibilities and do, as the magical imagination should do, stimulate the creative potential of the magician-artist.

Sean is actually dedicating chapters to several key lessons in Bertiaux’s ‘The Voudon Gnostic Workbook’ and in this is giving them a context within the context and demonstrating the impact it had on his Being – and in this by Sean’s example and willingness to share, he is also generating solidity and temporarily of his being and ‘not-being’ into a particular and unique Sean-ness. This means that Sean is giving us a practical demonstration of what OTOA (Ordo Templi Orientis Antiqua) and LCN (La Coulevre Noir) is. By presenting this work from the perspective of a peculiar being in the world that generates new worlds and new connections by the will and magical imagination, painting the world from a given place in time and space, an angel of unique birth that will ever gestate new and different possibilities as yet another jump in the worlds of magical possibilities are made by standing still in the eternal dream… 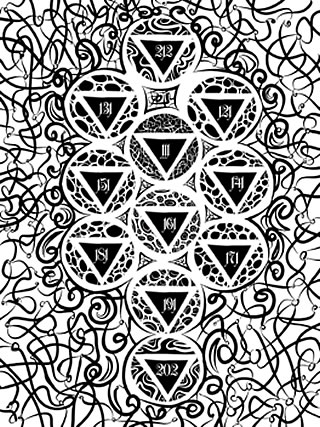 CONTENTS
Introduction by Nicholaj De Mattos Frisvold
The Hoodoo Kingdom
The Sorcerer as a Young Boy
The Avalon Working
Thoth the Atlantean
The Temple of the Loa
The Seventh Letter is G
The Cabinet of Currencies
Good UFOs, Bad UFOs
Nocturnal
Vampyre-Gnosis
La Prise-des-Yeaux
Spider Sorcerers of London
Voudon Witchcraft in the Balkans
At the Monastery Door
The Cult of Choronzon
The Rite of the Red Temple
Marassa-Physics
Bon-Po and the Black Snake
When Papa Leghba is Upon Me
The Tour-de-ZAL
Blood Sex Body Magick
The Monastery
Apprentice and Master
The Qubes of Kalfou
Navigating the Dreamscape
Gnostic Oracles
Transyuggothian Tremors
Children of the Winter Solstice
Pilgrimage to Zothyria
The Cult of the Deep Ones
You’re a Lucky Hoodoo
ILLUSTRATIONS
Transyuggothian Stele of the Black Pharaoh
Cosmic Leghba
Transyuggothian Transmission Station #7
The Master of Zothyria
Hoodoo N-Physics
Hierophant of the Deep Ones
Consecration Certificate of Tau Sean Woodward
Angels of the Basilica
97° of the Sovereign Sanctuary of the Rite of Memphis-Misraim
EQ Universe-B
Abbé of Other Worlds
Hoodoo
Ghuedhe Gnosis
Les Clés de Carrefour
Holy Mother of LAMs