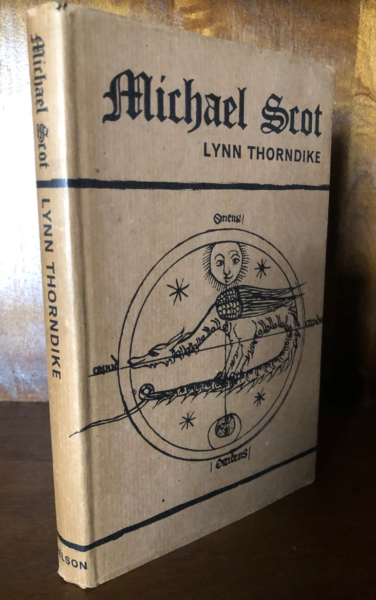 Michael Scot’s interest in the hermetic sciences, soon gained him a reputation as a “wizard” or “black magician”, particularly in Scotland. One popular legend has it that he once turned a coven of witches to stone, which became the stone circle of Long Meg and Her Daughters in Cumbria. Dante, in his Inferno, consigned Scot to a place with the soothsayers and magicians in the eighth layer of Hell, whilst Boccaccio referred to him as a ‘great master in necromancy.’ At his death Scot left a number of works, some alchemical, which survive in manuscript.