Limited edition of 22 copies In full kidskin, vegetable tanned and dyed in rich plum grained in a typical nineteenth-century boarded long grain. Each of the 22 copies has a black calfskin equilateral triangle inlaid to the front board, which is gilt with the title ‘Z 3’

Archived title – now sold out and no longer available for purchase

Beautifully printed in full colour and bound by hand 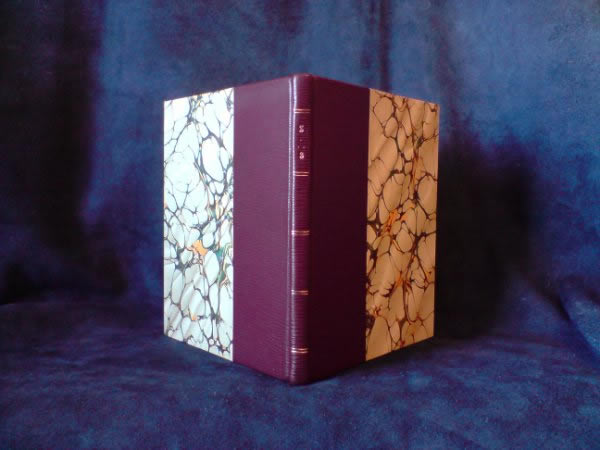 *Limited edition of 22 copies In full kidskin, vegetable tanned and dyed in rich plum grained in a typical nineteenth century boarded long grain. Each of the 22 copies has a black calfskin equilateral triangle inlaid to the front board, which is gilt with the title ‘Z 3’ to the top is a letter of the Hebrew alphabet (one per book) and central to the design is an image of the Egyptian deity Thoth as Recorder of the Soul in the Balances.

*56 copies (numbered by hand) bound in half full-English, ie. with the leather being cut more generously so as to cross to the middle of the front board, giving a luxurious feel to the book. Marbled paper sides using the same sheets as the endpapers.

The spines of the 56 half leather copies being titled ‘Z 3’ with a triangle of dots between the letter and the numeral to signify the Operation of the Magic of Light.

Each copy of either binding having a replica of the original bookseller-stationers
printed label inserted to the top left of the inner board. 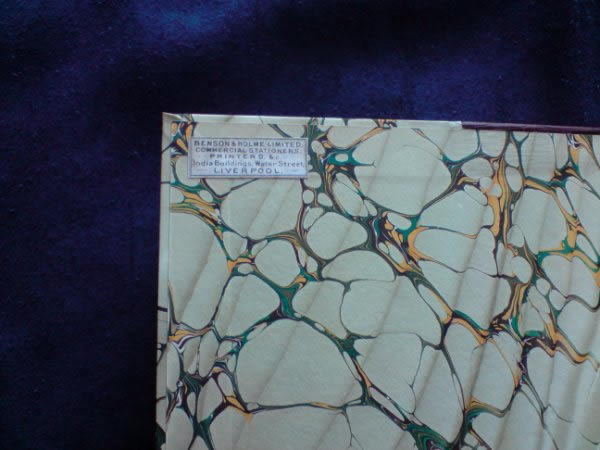 The document we present is an important historical record and a significant Inner order document for all involved in studying the tradition of the Hermetic Order of the Golden Dawn and all those systems derived from it. The original copy, in the possession of an English Cancellarius of the Order derives from the very early years of the Order and the first unfoldments of the Adeptus Minor curriculum as envisaged by Samuel Liddell MacGregor Mathers from 1893 onwards. 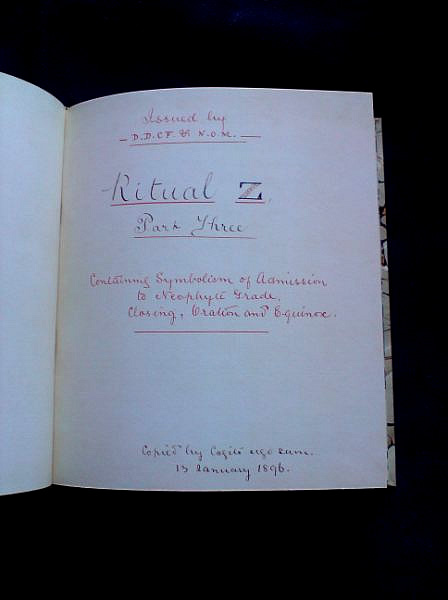 In our manuscript, terms for the psychological and spiritual faculties of the Initiate are rendered in Hebrew troughout, names of the invisible stations and God-Forms are given in Coptic respectively, whilst (on page 23 of the MS) we have an interesting passage ‘… on Thoth as Metatron .. (written again in Coptic and Hebrew).. in the Sign of The Enterer of the Threshold…’ 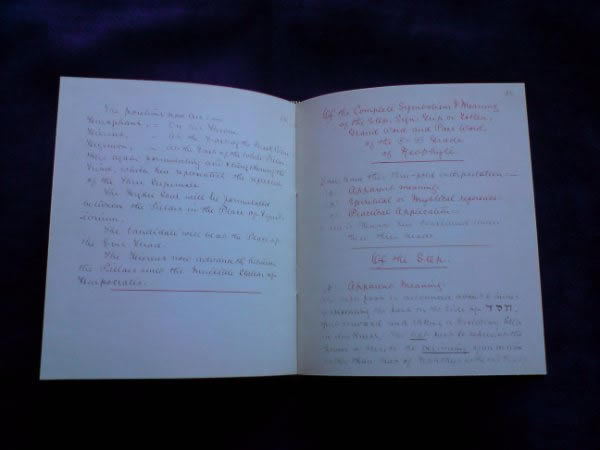 Alongside alterations in the text at this juncture the MS adds two interesting passages: one a note by S.R.M.D. (Mathers) on invisibility, and another very interesting aside on the use of various robes and masks modelled on Egyptian deities in ‘…private magical workings…not of the Second Order….’