From the original 1922 typescripts 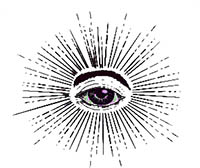 Waite constructed a ‘Secret Council of Rites’ in 1902 with the assistance of  M.W.Blackden and Palmer-Thomas, it was decided that news of the existence of the Secret Council should never be made known to anyone outside of it and wrote:

“…we shall be indeed an occult Order of Unknown Philosophers” 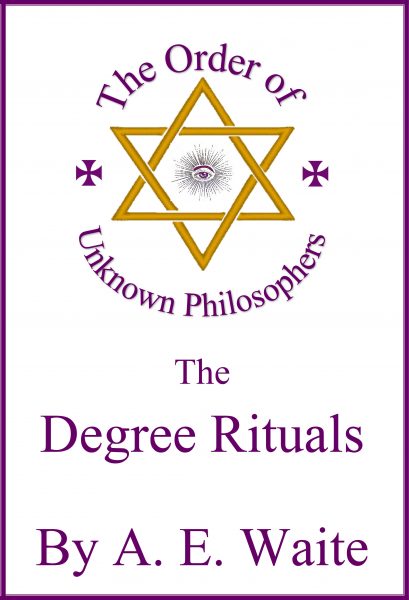 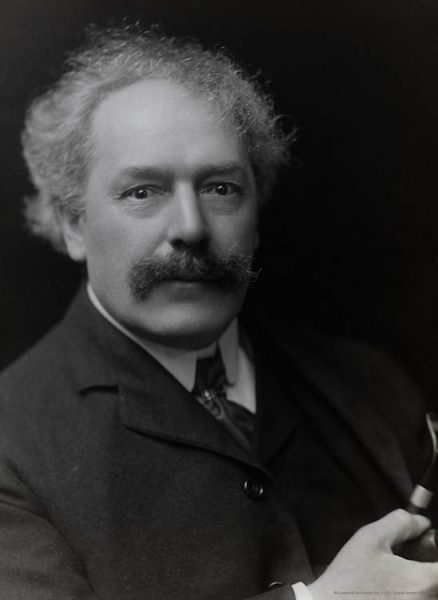 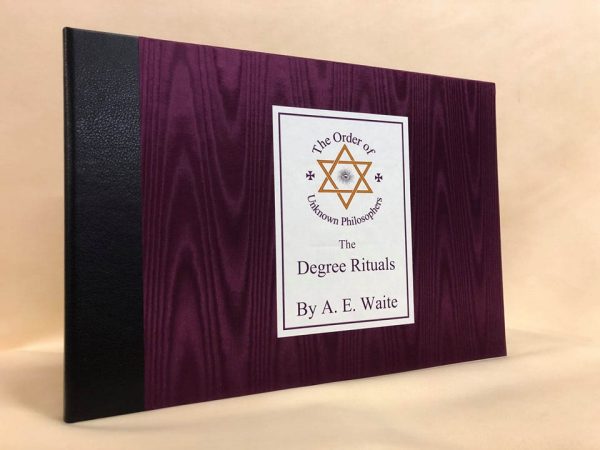 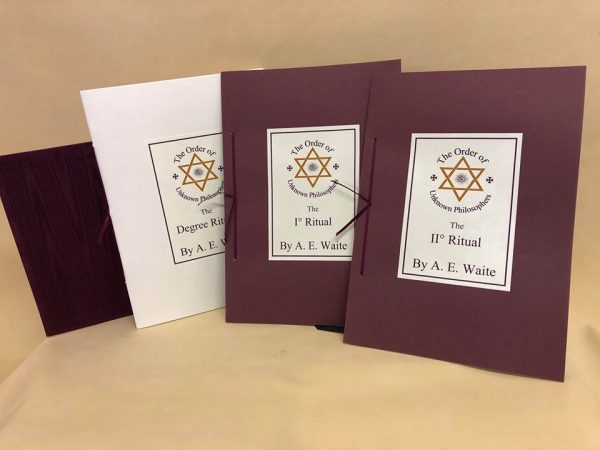 The First and Second Degree Rituals of the Order of Unknown Philosophers, facsimiles of the original hand-annotated typescripts with an introductory essay. 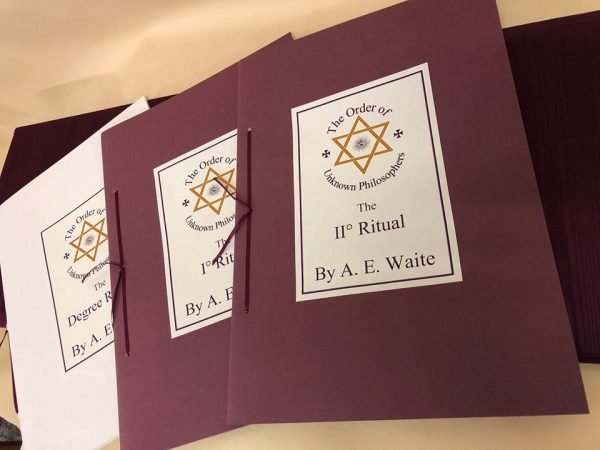 From the original 1922 typescripts… 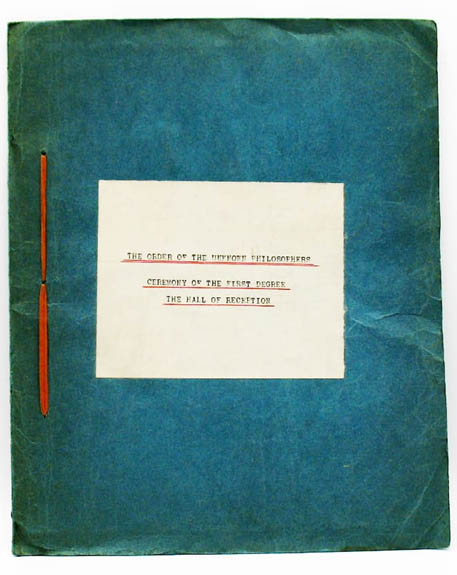 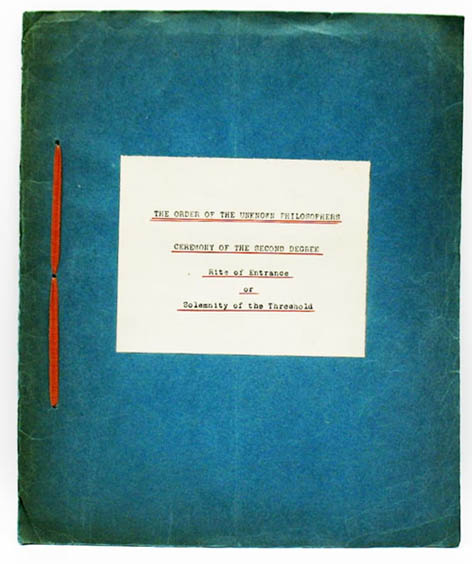 Founded in 1903 and originally intended as a Secret Order to control the higher degrees of masonic and occult societies, A.E.Waites ‘Order of Unknown Philosophers’ was inspired by Martinism as well as by his experiences in the Hermetic Order of the Golden Dawn and the Inner Order of the Rosy Cross.

Waite was a highly original thinker and scholar of the Secret Tradition whose involvements with occult, hermetic and kabbalistic schools spanned the decades from the 1890s til his death in 1942. 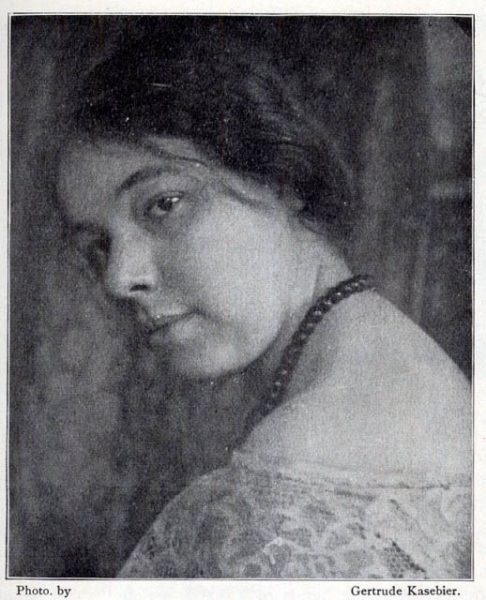 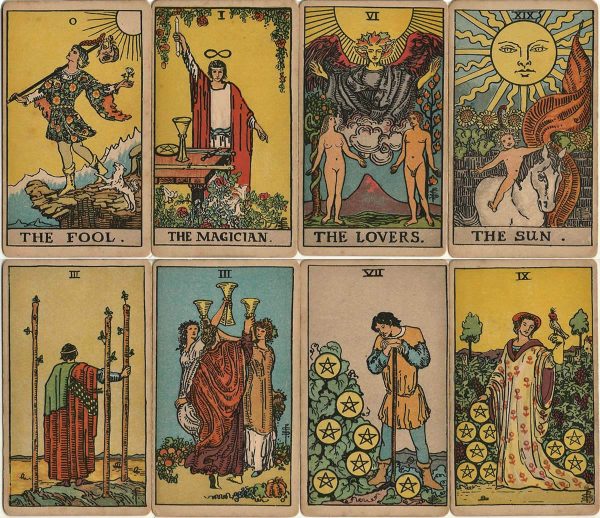 First edition of the Rider-Waite tarot 1909

Best known for his work on the Tarot with Pamela Coleman Smith, Waite also wrote monumental studies in the Rosicrucian and Kabbalistic traditions such as the ‘Holy Kabbalah’ and ‘The Secret Tradition in Freemasonry. Waite was also a mystic and poet in his own right whose writings hold an elevated place in the hearts of students of the Golden Dawn, Rosicrucian mysticism as well as spiritual alchemy.

After entering the Inner Order of the Golden Dawn, the R.R. et A.C. , Waite contacted the masonic historian John Yarker who suggested he obtain a patent from Papus, the French occultist Gerard Encausse.

Waites Secret Order was mentioned by Papus in a journal of 1897 (‘Light’) as one of two English formations of his Martinist Order. Waite was extremely guarded about his new ‘Order of Unknown Philosophers’ but it was his intention to apply this connection to the figure of the mystic Louis Claude de St Martin (‘Le Philosophe Inconnu’) through Papus, as a ring to bind all the higher degrees under one power.

It was in 1901 that Waite published his biography of St Martin for which Papus conferred upon him the title ‘Doctor of Hermetic Science’.

After his experience of the Golden Dawn, Waite was in search of rituals leading to higher knowledge, and it was in 1901, with the help of M.W.Blackden another Golden Dawn initiate, that Waite began his search. 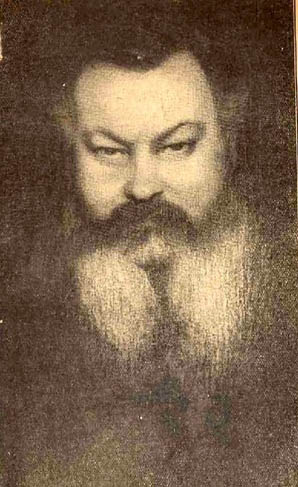 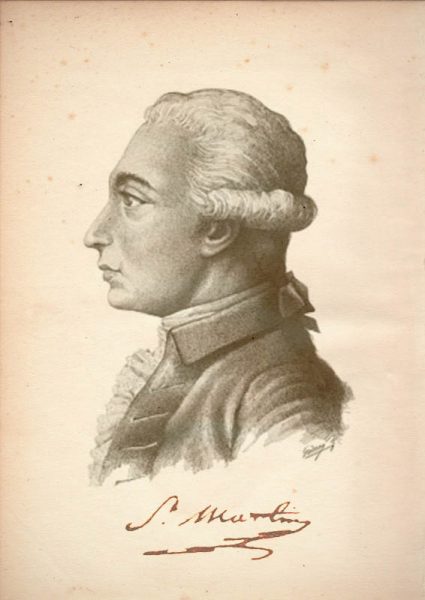 In 1902 A.E.Waite entered the S.R.I.A. (Societas Rosicruciana in Anglia) being initiated by W.W.Westcott, which was the oldest masonic occult society in England. 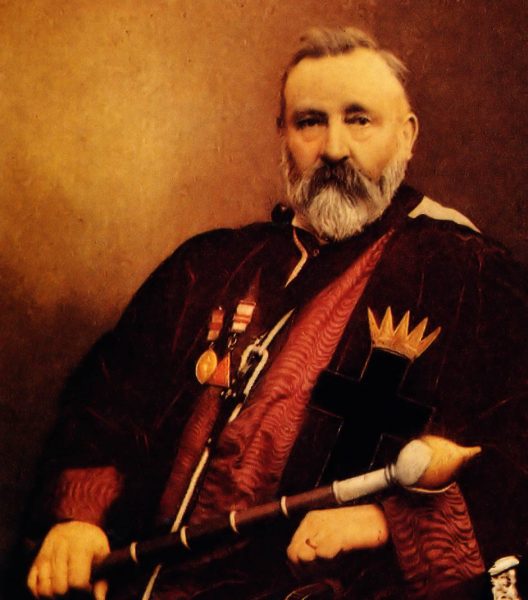 From here he went to Switzerland where he was initiated into the one Rite he craved the most: the ‘Regime Ecossais et Rectifie’ and its grade of ‘Chevalier Bienfaisant de la Cite Sainte’ (C.B.C.S.). 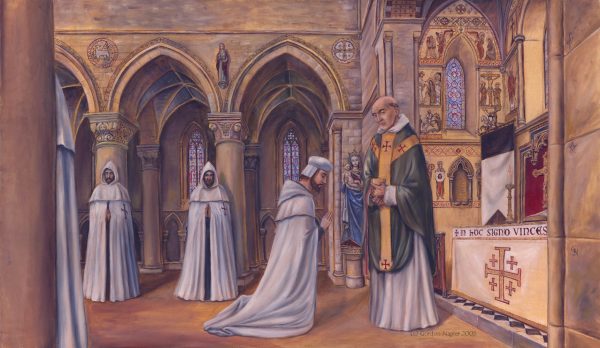 As a result of his earlier correspondence with Blitz, the head of the Martinist Order in America, Waite had come to see the Rigime Ecossais et Rectifie as maintaining more than any other rite the essence in ritual form of that secret tradition that ‘tells us not alone that the Soul “cometh from afar” and that the Soul returns whence it came, but it delineates the Path of Ascent’.

The theory that all esoteric practices and traditions, whether alchemy, the Hebrew Kabbalah, the legends of the Holy Grail, Rosicrucianism, Christian mysticism or Freemasonry, were secret paths to a direct experience of God had been developed by Waite over many years.

He was convinced that the symbolism in each of these traditions had a common root and a common end, and that their correct interpretation would lead to a revelation of concealed ways to spiritual illumination.

He further believed that a proper understanding of the tradition in Freemasonry would enable him to construct rituals of his own devising, the working of which would lead all those who took part to a spiritual enlightenment of their own.

It was thus of crucial importance for Waite to gain access to the Rectified Rite which represented, par excellence, the secret tradition in practice but, while he prepared the ground for his visit to Geneva, he was also collecting other rites and planning the moves that would lead him in 1903 to gain control of the faction-ridden Golden Dawn.

Contrary to appearances, he was not driven by a desire for power; all his eager gathering of masonic rites was for the dual purpose of bringing together the various lines of what he saw as a type of ‘Masonic Apostolic Succession’ and the subsequent quarrying of their rituals for the benefit of his own projected ‘Order of Unknown Philosophers’.

Waite constructed a ‘Secret Council of Rites’ in 1902 with the assistance of  M.W.Blackden and Palmer-Thomas, it was decided that news of the existence of the Secret Council should never be made known to anyone outside of it and wrote:

“…we shall be indeed an occult Order of Unknown Philosophers” 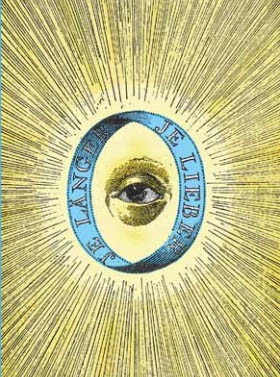 Incorporating the French C.S.B.S (‘Chevalier Bienfaisant de la Cite Sainte’) as well as the Scottish Early Grand Rite of the 47°, Waites ‘Secret Council’ or ‘Order of Unknown Philosophers’ gave him effective control of a host of higher and esoteric systems and degrees.

In Geneva in 1903 Waite was raised to the degree of ‘Knight Beneficient of the Holy City’ by Joseph Leclerc, Great Prior of Helvetia, this conferred upon Waite :

“… the full powers required for the establishment of the Secret Order in England and the Colonies..”

Waites control of the Secret Council did not manifest until 1922, it was then that the first two degrees conferred upon him were translated. Only two degrees have survived, the first being worked with a dozen individuals between 1922 and 1924 whilst there is no record of the Second Degree having been worked in England.

The essence of Waites life and thought can be expressed in the thesis that within Masonry and all its attendant and Higher Degrees lies a cipher of the Mystic Quest, throughout his life he dedicated himself to the investigation of this golden thread and in the rituals of the ‘Order of Unknown Philosophers’ we see a manifestation of his desire to unite all the Inner Orders under the one light of Truth.