facsimile of the 1655 text complete 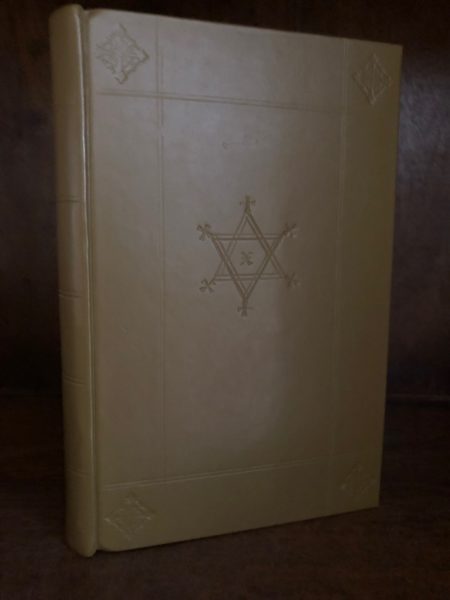 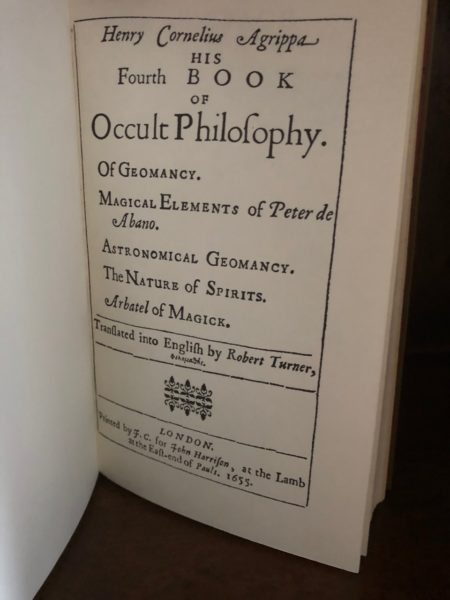 This is a unique example, the 1978 Askin edition of Agrippa’s ‘Fourth Book of Occult Philosophy’ in a custom tan sheepskin binding, 217pp.

A facsimile printing of the First English edition of Agrippa’s Fourth Book of Occult Philosophy: translated by Robert Turner and published in 1665. One of the most famous Grimoires of Western ritual magic practice. It is actually made up of six separate works, “Of Geomancy” by Agrippa; “Of Occult Philosophy or Of Magical Ceremonies,” also by Agrippa (a work renowned as one of the most straight forward guides to evocation published); “The Heptameron or Magical Elements” by Peter de Abano, a set of rituals of conjuration, mapped out by day; “Isagoge: An introductory Discourse” by Villinganus which deals with the nature and attributes of various spirits, and “Of Astronomical Geomancy” by Cremonensis. The final of the six works is the celebrated grimoire, “Of the Magick of the Ancients” by Arbatel.