The Supreme Mysteries of Nature 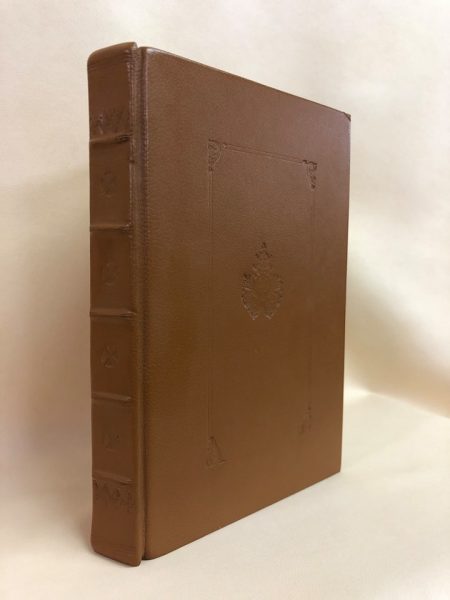 Printed and bound by the Hell Fire Club in a limited edition of 7 full leather copies in smooth tan goatskin (and a further 33 quarter leather and parchment copies) this being one of the seven planetary copies: Mercury.

This edition was printed in 2006 onto an unusual paper stock resembling the rough papers of the 17th century, the pages hand sewn on a traditional bookbinders wooden frame and used early hand marbled endpapers from an archival stock. The bookplate of Sir Francis Dashwood Baron le Despencer was included to t he front board, inscription by hand by the binder to the inner page. 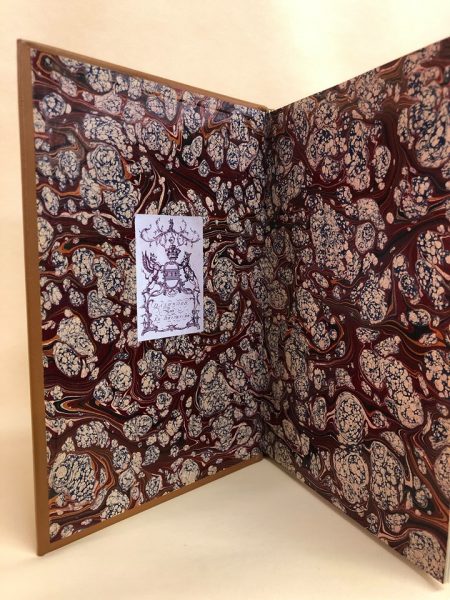 The seven copies were given to friends of the binder, with the remaining 33 quarter leather copies of the edition for public sale. 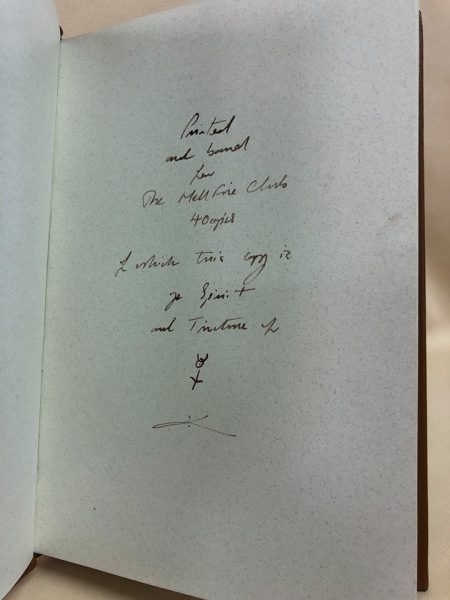 The Archidoxis Magicae (The Archidoxes of Magic) is a pseudo-Paracelsian grimoire of the 16th century. The book discusses magical sigils for the use on talismans or amulets.

inscribed on a silver talisman.

It was first printed in 1591 as part of the tenth and final volume of the collected works of Paracelsus by Johannes Huser of Basel. Even at this time, the editor expressed doubts as to the text being a genuine work by Paracelsus. 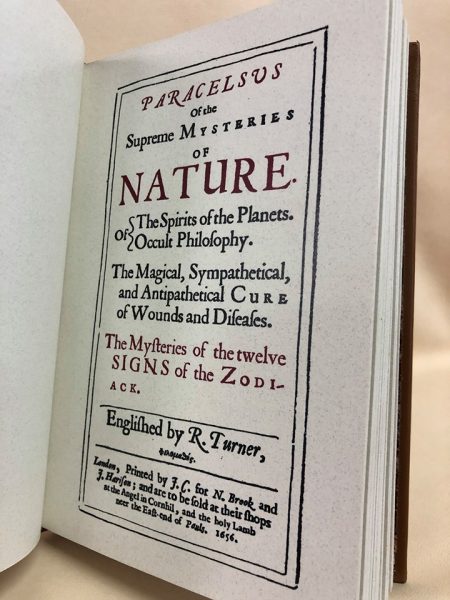 The work is the main reason for Paracelsus’ reputation as a magician: While Paracelsus did publish works on astrology and divination, there is no reliable evidence that he was pursuing talismanic magic. Schneider (1982) has compared the text of all extant manuscript and printed versions with the text of a then-newly discovered early manuscript, with the conclusion that Paracelsian authorship seems “less unlikely” than previously thought, as the presumed original composition may indeed date to the lifetime of Paracelsus (d. 1541), but Schneider still concludes that the work as a whole is “spurious” even though portions (especially the first four books) might indeed be based on writings by Paracelsus, and might be contemporary with Paracelsus’ own Neun Bücher Archidoxis (a work on medicine written c. 1526 and first printed in 1567). 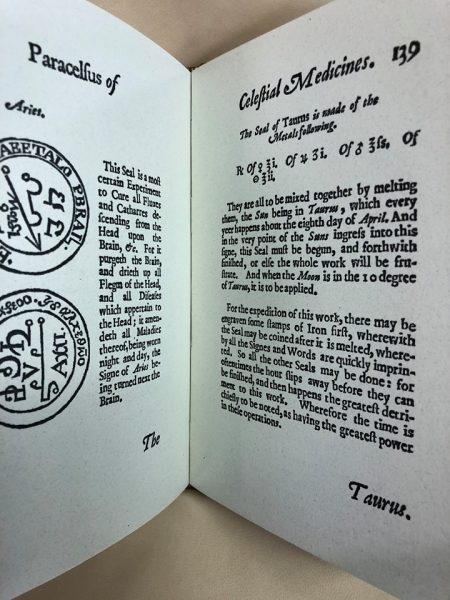 It was translated into English by R. Turner in 1656, as Of the Supreme Mysteries of Nature. Turner’s text is in three parts, The Secrets of Alchemy (pp. 1–28), Of Occult Philosophy (pp. 29–90), Of the Mysteries of the Signes of the Zodiack (pp. 91–158), followed by a short text on The Transmutation of Metals. 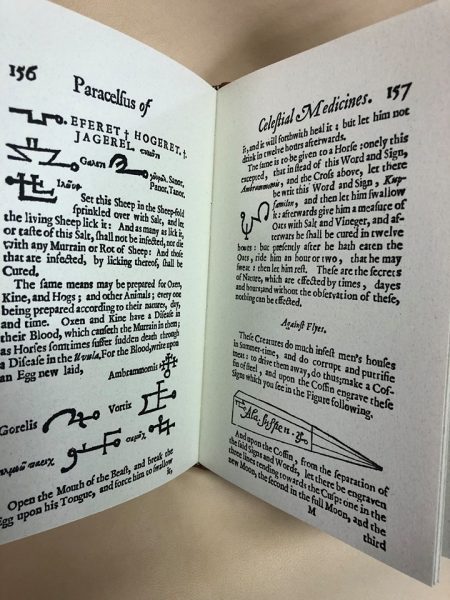 The Lesser Key of Solomon, a grimoire of the mid-17th century, is substantially based on the Archidoxis Magicae.