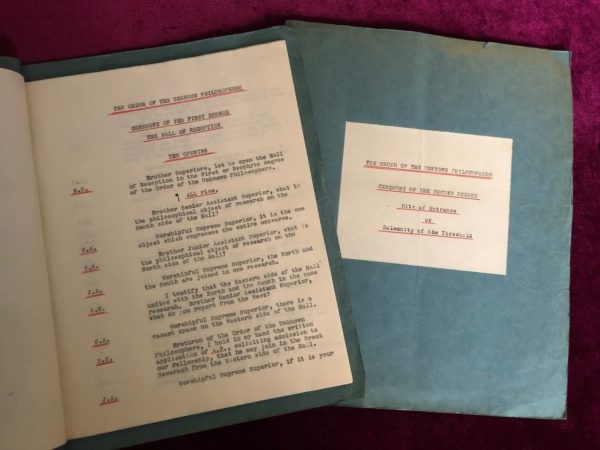 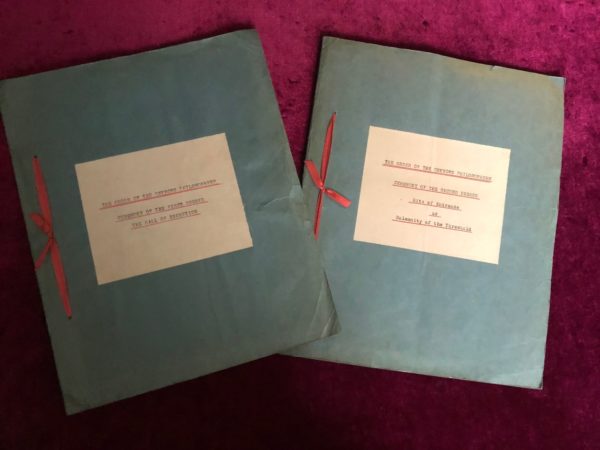 Originally intended as a Secret Order to control the higher degrees of masonic and occult societies, A.E.Waites ‘Order of Unknown Philosophers’ was inspired by Martinism as well as by his experiences in the Hermetic Order of the Golden Dawn and the Inner Order of the Rosy Cross.

Incorporating the French C.S.B.S (‘Chevalier Bienfaisant de la Cite Sainte’) as well as the Scottish Early Grand Rite of the 47°, Waites ‘Secret Council’ or ‘Order of Unknown Philosophers’ gave him effective control of a host of higher and esoteric systems and degrees.

In Geneva in 1903 Waite was raised to the degree of ‘Knight Beneficient of the Holy City’ by Joseph Leclerc, Great Prior of Helvetia, this conferred upon Waite :

“… the full powers required for the establishment of the Secret Order in England and the Colonies..”

Waites control of the Secret Council did not manifest until 1922, it was then that the first two degrees conferred upon him were translated. Only two degrees have survived, the first being worked with a dozen individuals between 1922 and 1924 whilst there is no record of the Second Degree having been worked in England.