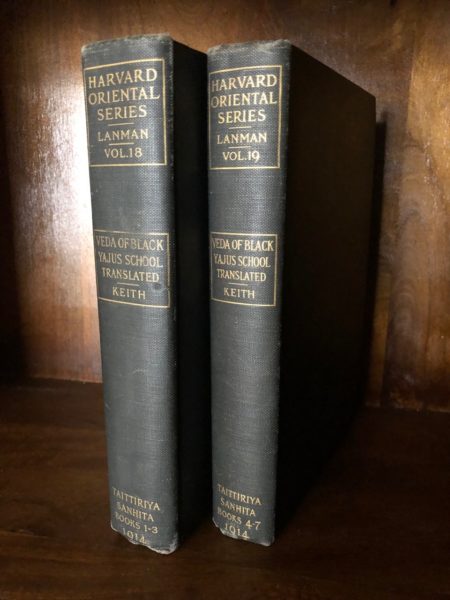 The Vedic Nakshastras [stars] arose from a spiritual perception of the universe. Nakshatras are the mansions of the Gods or cosmic powers and of the Rishis or sages. They can also project negative or anti-divine forces, just as certain planets like Saturn have well known malefic effects.

This set was the gift of the author to the University College of North Wales and bear his personal compliments slip and the bookplate of the University.