of a World to Come 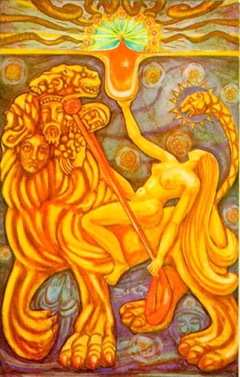 ‘The Equinox of The Gods’ 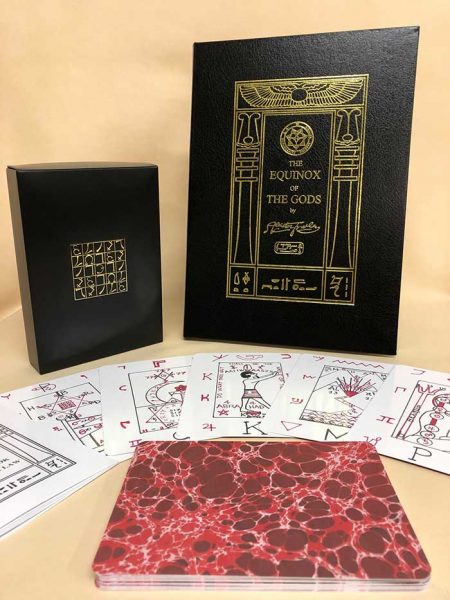 Large format facsimile ( 295mm x 208mm)
of the original rare 1936 printing
with the facsimile pages of ‘The Book of the Law’ included,
full text with portrait and colour plates. 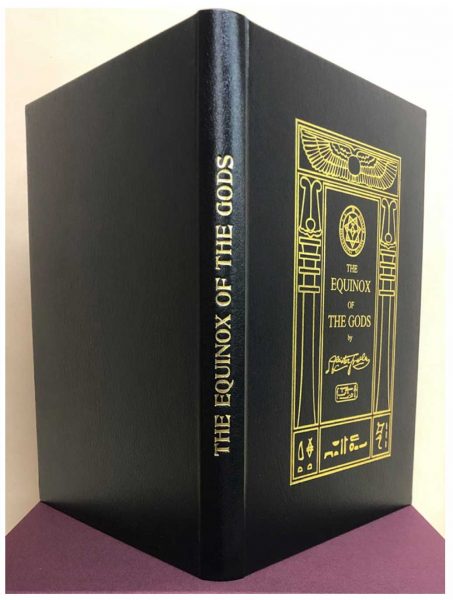 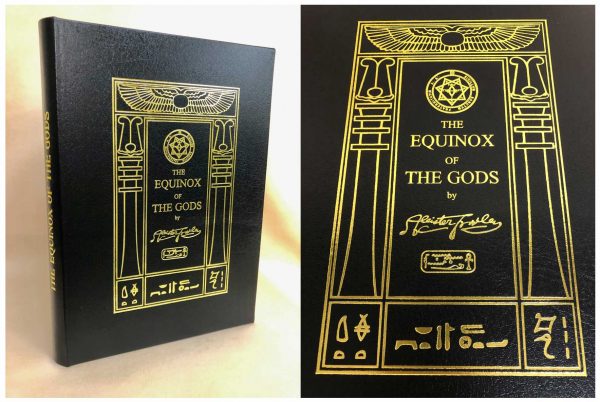 We all face extreme change: around the world great and secret forces are moving to overthrow the balance of life!

Systems of the old world are unable to cope, democracy is threatened and economies fail, climate change overturns our economy and the religions of the past give no answers.

Where is the mind of mankind to turn but inwards, towards our own individual courage?

All this was foretold more than a century ago by the brilliant mind of occultist and astrologer Aleister Crowley. 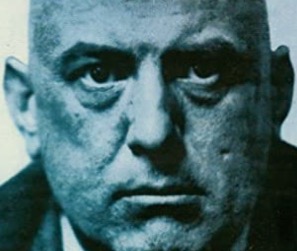 ‘By the Power of Truth, I, while Living, have Conquered the Universe.’

During a time of terrible upheaval, Aleister Crowley published his ‘Equinox of the Gods’ accurately predicting the forthcoming changes in the world. During this period the world was witnessing the rise of fascism, Adolf Hitler and the Nazi Party were building their vast machinery of death, countries around the world saw the rise of populist leaders, propaganda, lies, death camps, the great depression of economies across Europe and America, mass hunger, violent protests, impending war.

The message of his book is of the greatest importance to us now: a new dawn is upon us, a New Aeon whose quality and character is marked by the gods whose influence now enters the realm of humanity.

Previous ages have been influenced by the characteristics of the Mother Isis (the age of simple human civilizations) the Dying God or Osiris (the rise of Christian religion with its doctrines of shame and guilt). 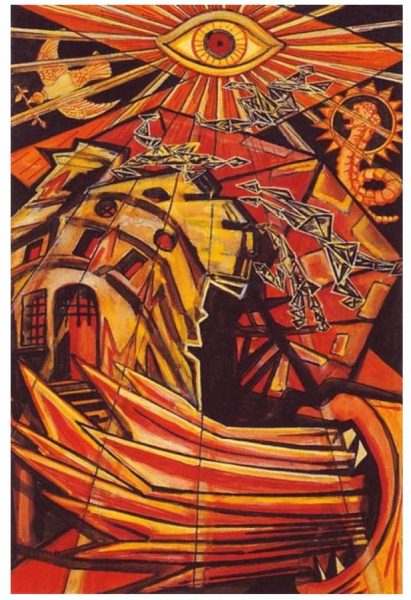 ‘If you want Freedom, you must fight for it.

If you want to fight, you must organise ..’

Aleister Crowley details the curious fate that led him to this crisis, the exact circumstances surrounding his revelation, the precise times and planetary influences at work, the strange psychic messages and occult forces operating around him. 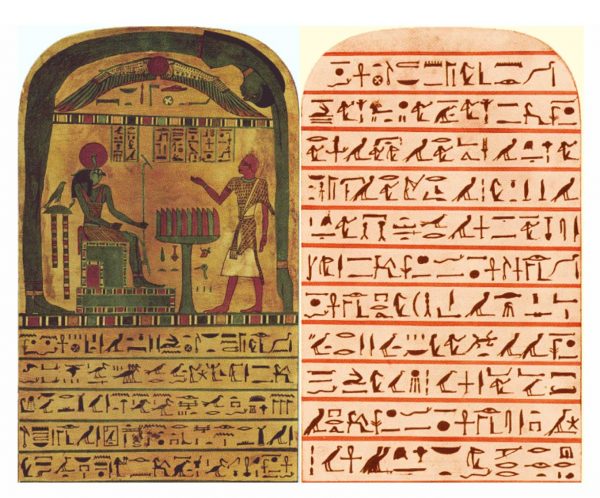 The book begins with a revelation in Egypt, a strange object decorated with the images of their gods, the message of an ancient priest Ankh-af-na-Khonsu. With it comes a text of dazzling poetic prophecy, over three successive days the ‘Book of the Law’ was dictated to him and was to become the cornerstone of his life and philosophy. 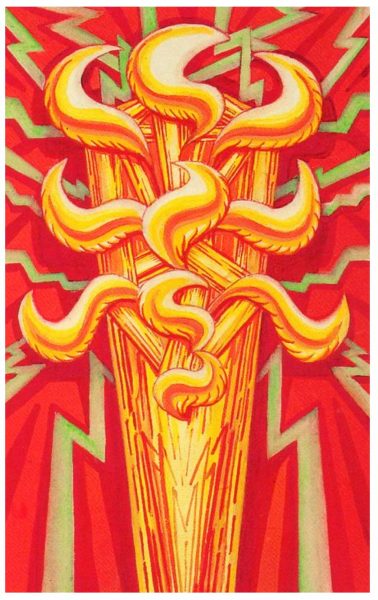 ‘The law of the strong: this is our law and the joy of the world’

‘Every man and every woman is a star’

Celebrating the power of individual action, of the purity of human will and its complete independence of all established law, Aleister Crowley sets out for humanity a new definition of the human condition, and along with it a new moral code suitable to an age dominated by the struggle for power. 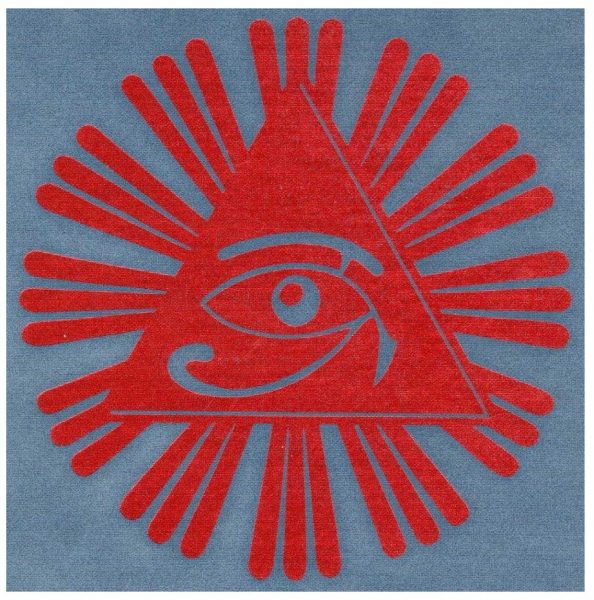 Sweeping aside the outdated values of Christianity, all previous religious systems as well as the scientific materialism of the Western world, Aleister Crowley proposes we adopt our own selves and our own ‘True Will’ as the foundation of all moral and social judgements.

Fascism, racism, the slave mentality of our previous civilizations, all are a lie!

‘Every man and every woman is a star’ declares the ultimate freedom of all.

Fear-based greed, the amassing of vast wealth by an elite, control of information, control of population, control of movement of the individual, the politics of hate and division, these are all the signs of an age destroying itself: an age in fear of the arrival of a New Dawn.

Shame, guilt, fear, servitude, oppression, all will be swept away. We must rise above our weaknesses if we truly wish to be free!

Like the stars in the universe, we are each destined to our own unique path and the pursuit of that may lead to greatness.

Ignorance and fear have no place, the spirit of man is supreme in the re-evaluation of all values.

Within the pages of ‘The Equinox of the Gods’ Aleister Crowley explains the nature of this new discovery, the importance of its place in a world where the structures of past societies no longer offer answers and places us in direct lineage with the great forces of divine nature. 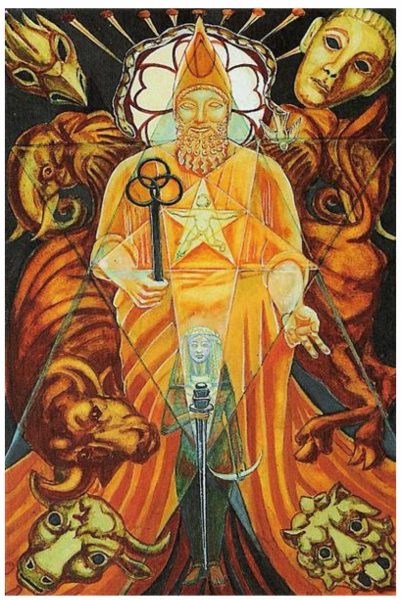 The Three Ages of Mankind

‘The Equinox of the Gods’ sweeps away the broken remains of capitalism, communism, socialism, and places us all in the centre of the universe as a powerful and responsible agent of change.

Building upon the foundations of these revelations, occult master Aleister Crowley went on to form a detailed program of theory and practice which allows the student to rise in progressive grades from beginner to master in the art of life. 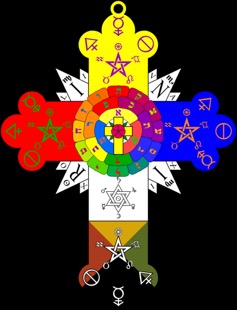 This occult system sits at the heart of his approach to finding the ‘True Will’ of each individual, and it is against the backdrop of world forces that this new age of occult power is projected.

26 marble backed cards
complete with a 36 page descriptive booklet
and housed within a black box
inscribed with the ancient magical ‘stator’ square lettered in Enochian.

The deck and booklet can be used standalone with the text of the ‘Book of the Law’,
used as an oracle deck (the meanings of the cards are in the booklet),
or in association with one’s own numerology. 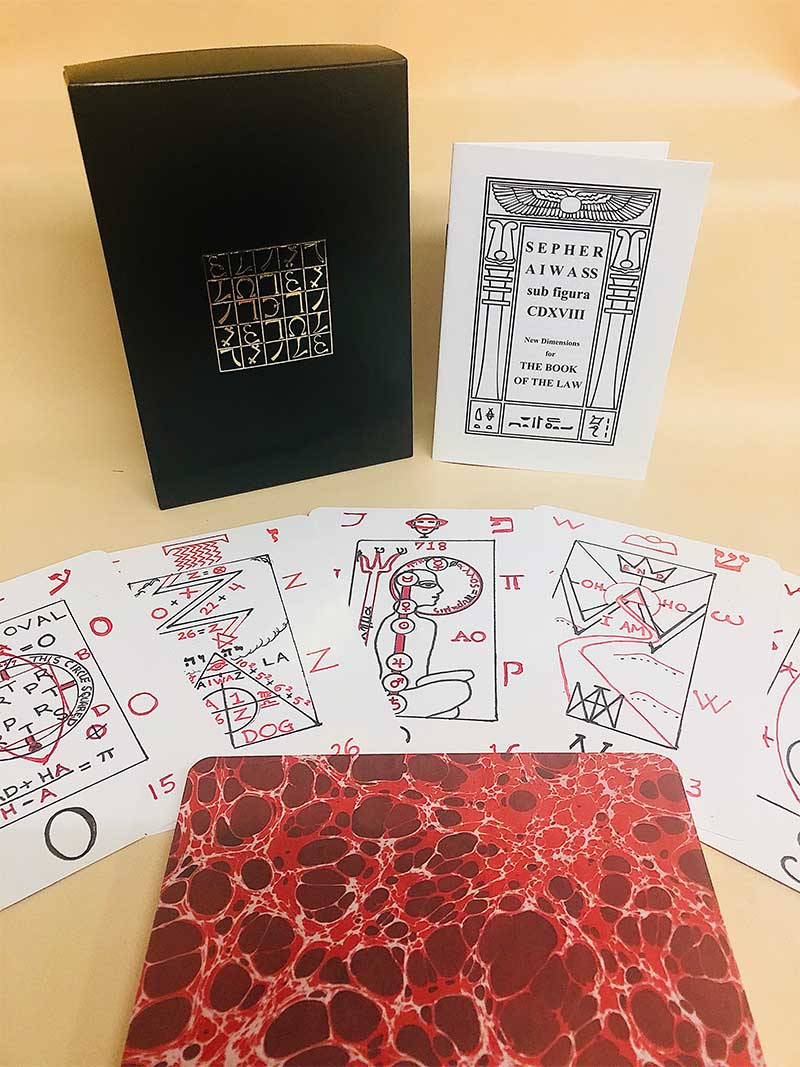