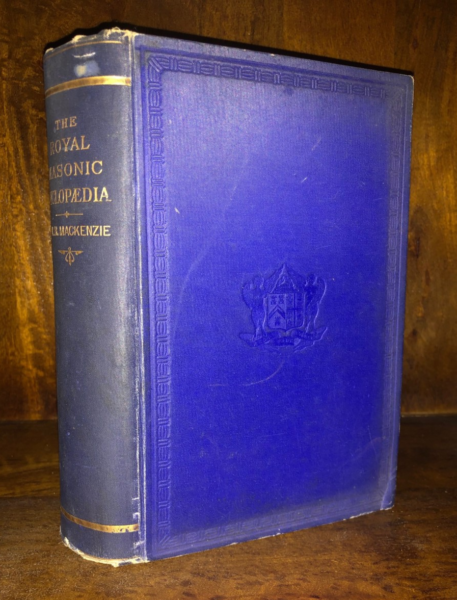 The nineteenth-century writer and Masonic scholar Kenneth R. H. Mackenzie (1833–86) studied occultism with Frederick Hockley, and met the famous French occultist Éliphas Lévi in 1861. He was connected to the famous ‘Society of Eight’ led by F.G.Irwin and was also involved in the foundation of the Hermetic Order of the Golden Dawn.

The Royal Masonic Cyclopaedia is crammed with occult interpretations of masonic symbols as well as containing many items not found elsewhere.

A huge influence on the development of occult societies in the nineteenth century from the Hermetic Order of the Golden Dawn to the O.T.O.

According to William Wynn Wescott, MacKenzie was instructed in his Occult studies and his Rosicrucian initiation by Count Albert Apponyi de Nagyappony (1846-1933) but there are other theories and the truth is not known. MacKenzie himself claimed he had been initiated into a German Rosicrucian fraternity when he’d lived in Vienna. MacKenzie edited The Spiritual Messenger with Jacob Dixon.

In 1861, MacKenzie traveled to Paris to meet the French occultist Eliphas Levi (Alphonse Louis Constant). In 1854, MacKenzie had met the American Rosicrucian Paschal Beverly Randolph who now, in Paris in 1861, was newly appointed Supreme Grand Master for the Western World of the Fraternitas Rosae Crucis.

In 1864, when Freemason Robert Wentworth Little found some old Rosicrucian rituals written in German in the storerooms of London’s Freemason’s Hall, he immediately turned to MacKenzie to help him whip these up into an esoteric order, the ‘Hermetic Order of the Golden Dawn’ as it became known.

Thinking that MacKenzie, a friend of the likes of Paschal Beverly Randolph and Eliphas Levi, had – MacKenzie himself claimed he had – been initiated into a German Rosicrucian fraternity when he’d lived in Vienna.

Little believed MacKenzie had the “authority” to found the new, “authentic” esoteric society. In 1866, with MacKenzie’s help, Little founded the Rosicrucian Society of England, the Societas Rosicruciana in Anglia.

Very rare first edition in original blue cloth, stamped with the arms of the Grand Lodge of England; original black ‘bible’ endpapers going at inner joints as is usual for a heavy book of this age, otherwise a good sound copy.