An Anthology of Sixty Years of Song

An Anthology of Sixty Years of Song

Printed in an edition of 500 this binding 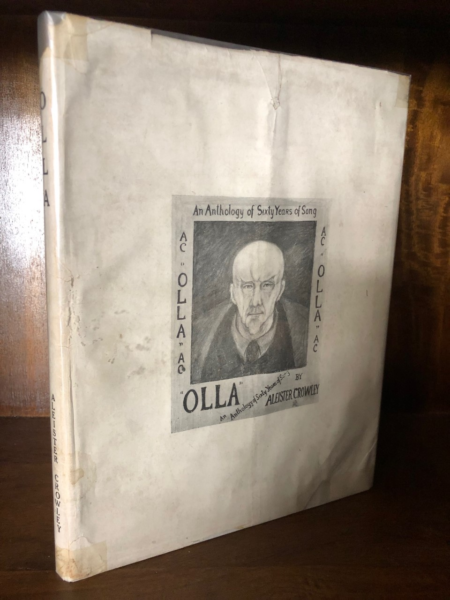 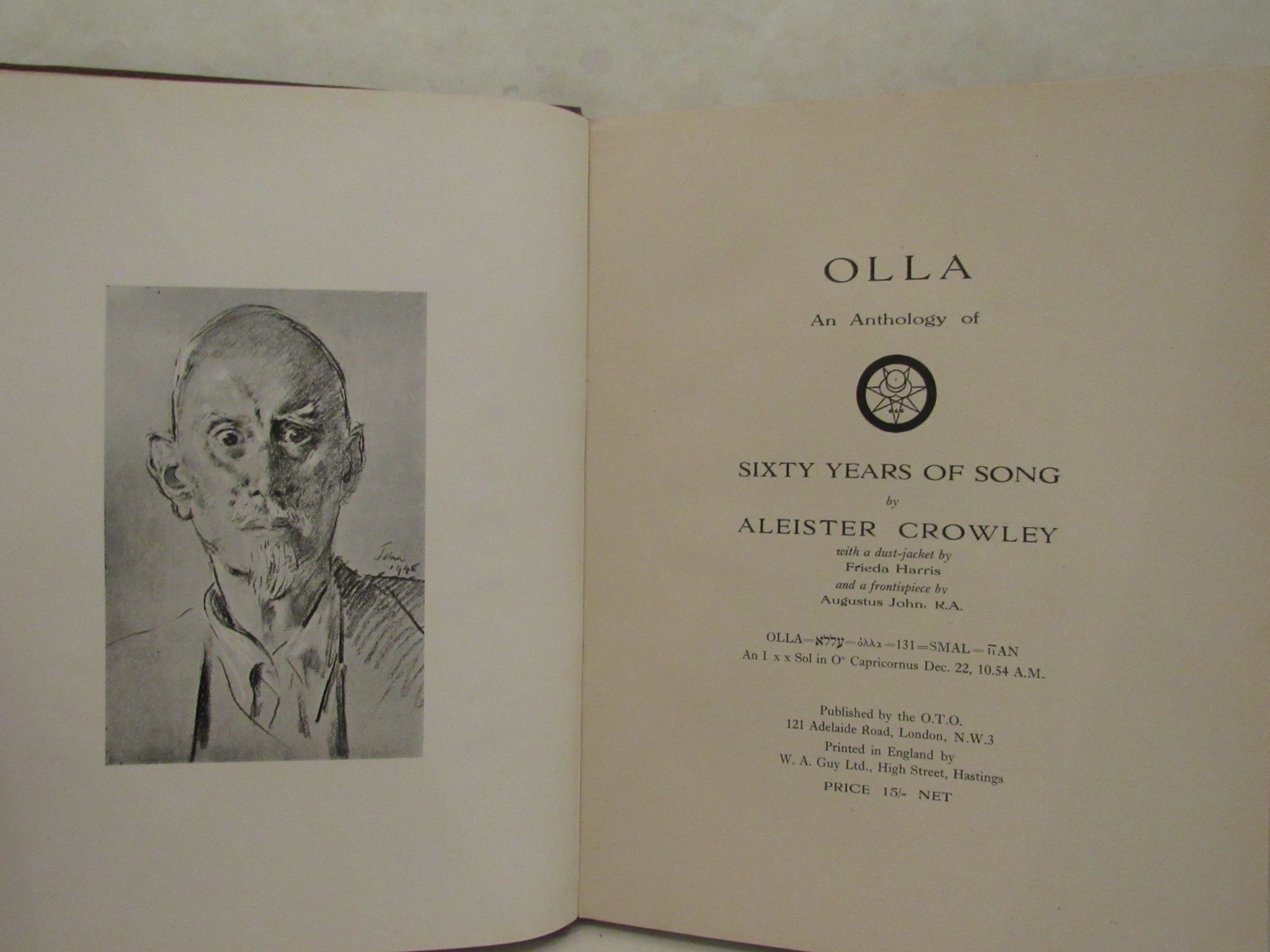 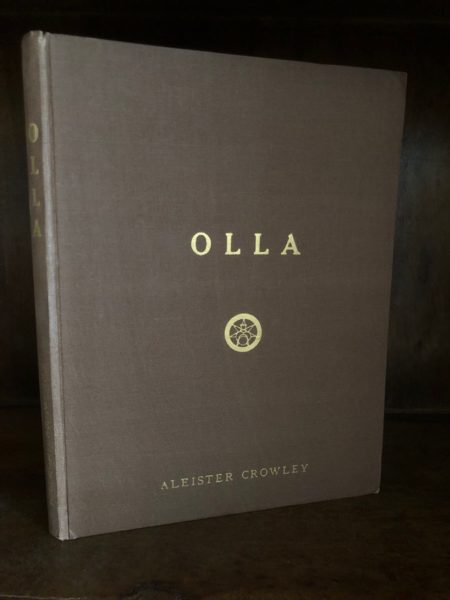 London: The OTO, 1946. First Edition. Hardcover. Quarto (11 1/4 x 8 3/4 inches) 128 pp. Original brown cloth with gilt lettering down spine and on upper board, which also has a gilt-stamped device: Crowley’s ‘mark of the Beast’ sigil. Frontispiece portrait of Crowley by Augustus John. The dust jacket design includes a portrait of Crowley by Lady Frieda Harris, “artist executant” of the Thoth tarot deck. “Olla” is Crowley’s own selection of his best poetry and the last of his books to be published in his own lifetime. It is arguably the most under-rated of Crowley’s works: not only is some of the verse truly magical, but it shows his tremendous versatility, ranging from traditional sonnets and couplets, to the intensely romantic (“La Gitana”); the deeply magical (“An Oath” to Aiwaz), to modernist satire: his “Panacea” described by him as “an International Anthem to Anglo-Saxondom” and which simply consists of the word “Money” printed over and over again. It ends with his stirring “Hymn to Pan”, a work which less than a year after the publication of this volume would be read at Crowley’s funeral by fellow poet Louis Wilkinson.