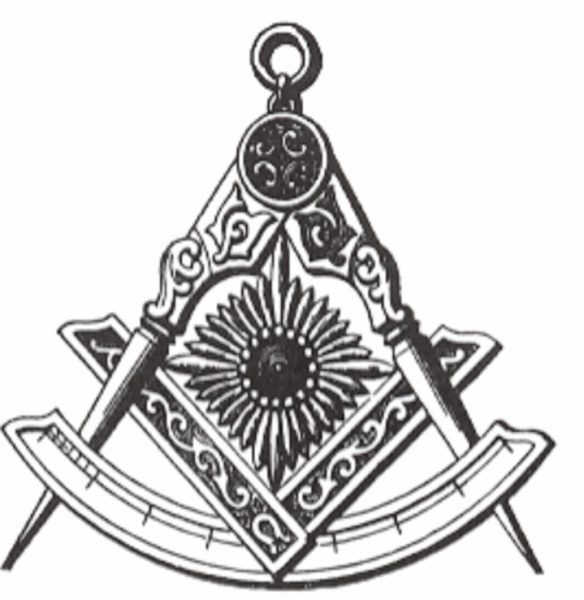 A special publication for The Grand Master

Officers of the Grand Lodge of Ireland

The Grand Lodge of Ireland is the second most senior Grand Lodge in the world and the oldest in continuous existence. 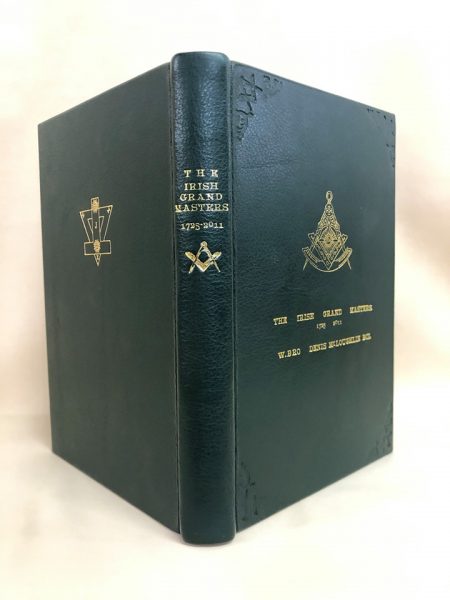 Printed on authority of the Grand Master with the Ancient Jewel of the Grand Masters of Ireland to the front board and the Stewards Jewel of the Hell Fire Club to the rear of the binding, this special publication charting the antiquity of Irish Freemasonry through its successive heads to the present day stands as well as a testimony to the connection between Freemasonry and the Hell Fire Club both in the present day and further back into the 18th century. 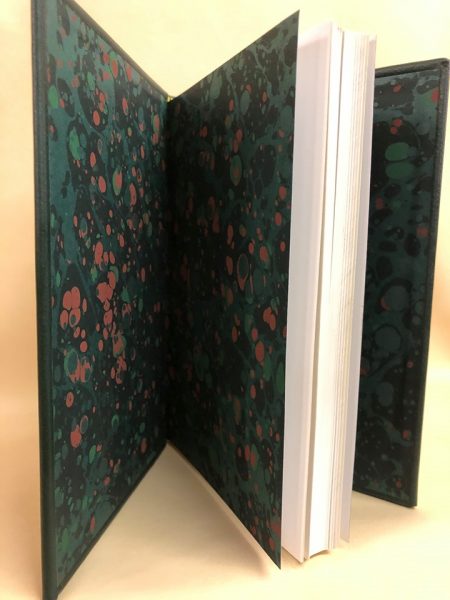 A set of special endpapers were hand made for this edition, using Irish Carraghhen moss, and a quantity of dark green calfskin was made and polished to bind the books. This binding was limited to the officers of the Irish Grand Lodge. 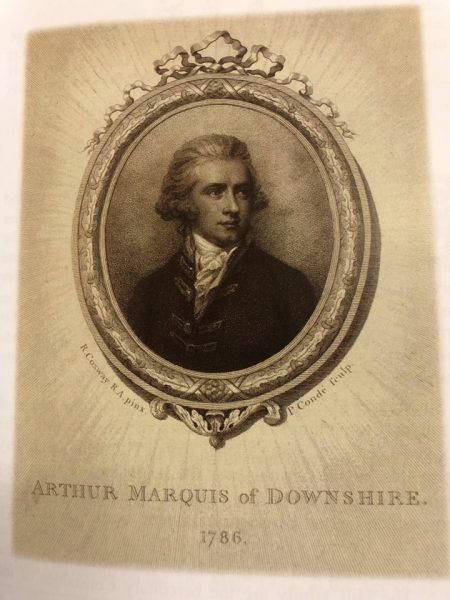 In total less than thirty copies were made with one special copy in undyed fair calfskin being bound for the Grand Master. The officers copies in dark green calfskin and the remaining copies in the printed edition being cloth bound for members of the Irish Lodge of Research.

A very rare item and beautifully presented for your collection.