SOLD : An Examen of Witches 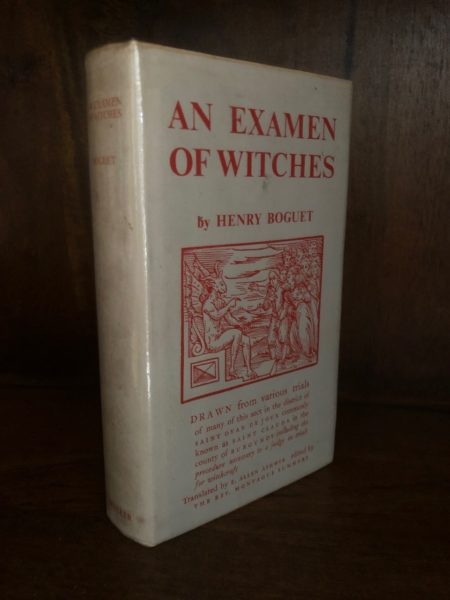 The book contains a significant amount of witch lore, much obtained under torture, with much on the Sabbat and the sexual relations that allegedly took place between witches and their demonic masters – a subject which seemed to hold a particular fascination for Boguet. The work is also famous as one of the earliest published sources on werewolves – based on Boguet’s first hand observations.

The author of the work, Henri Boguet (1550-1619), was a respected judge and the President of the Tribunal in St Claude in the Jura region of France. He gained a reputation for the cruelty and zeal of his persecutions, and is personally said to have pronounced or confirmed the death sentence on over six hundred ‘witches.’ His Examen of Witches [Discours Sorciers] became one of the standard text books of witch-hunting in France.

Very good in original cloth with printed dust-wrapper in sleeve.