Gospel of the Witches

Limited to only 50 boxed sets,
complete with chalice and sacred oil 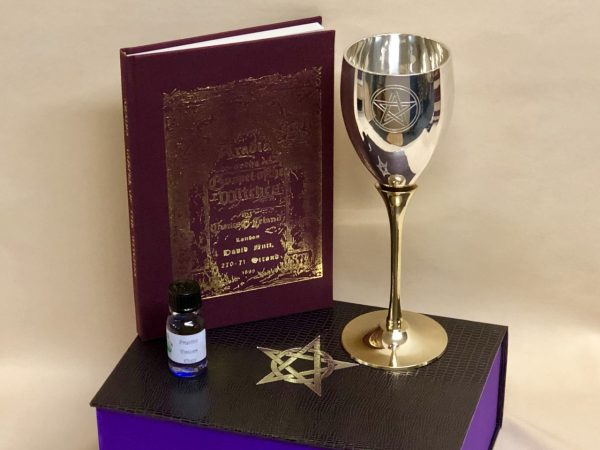 We have produced only 50 sets of the Aradia book with an 8 inch tall (203 mm) witches chalice engraved with a pentagram, presented inside a silk lined box stamped with a silver pentagram, both book and chalice complemented by a free vial of one of our special blends of sacred oil. 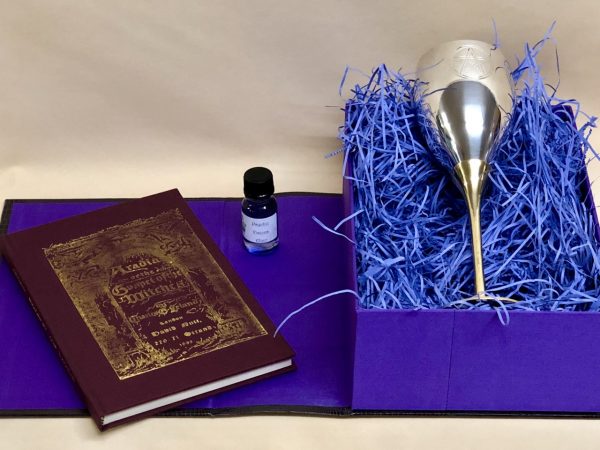 ‘Aradia: The Gospel of the Witches’:  is a book composed by the American folklorist Charles Godfrey Leland that was published in 1899. It contains the religious text of a group of pagan witches in Tuscany, Italy that documented their beliefs and rituals. The contents of the book were influential in the development of the contemporary Pagan religion of Wicca. 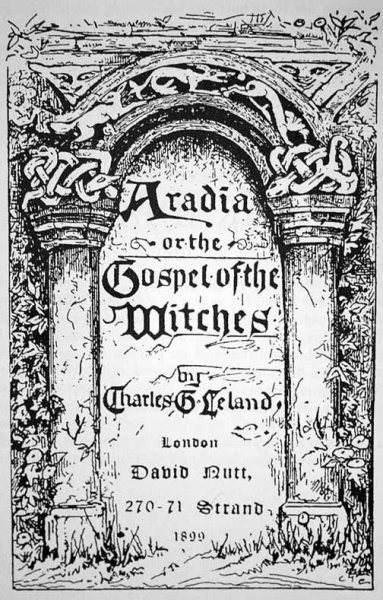 The text is a remarkable composite of oral pagan tradition and scholarship. Some of it is Leland’s translation into English of an original Italian manuscript, the Vangelo (gospel). Leland reported receiving the manuscript from his primary informant on Italian witchcraft beliefs, a woman Leland referred to as “Maddalena” and whom he called his “witch informant” in Italy. The rest of the material comes from Leland’s research on Italian folklore and traditions, including other related material from Maddalena. Leland had been informed of the Vangelo’s existence in 1886, but it took Maddalena eleven years to provide him with a copy. After translating and editing the material, it took another two years for the book to be published. Its fifteen chapters portray the origins, beliefs, rituals, and spells of an Italian pagan witchcraft tradition. The central figure of that religion is the goddess Aradia, who came to Earth to teach the practice of witchcraft to peasants in order for them to oppose their feudal oppressors and the Roman Catholic Church.