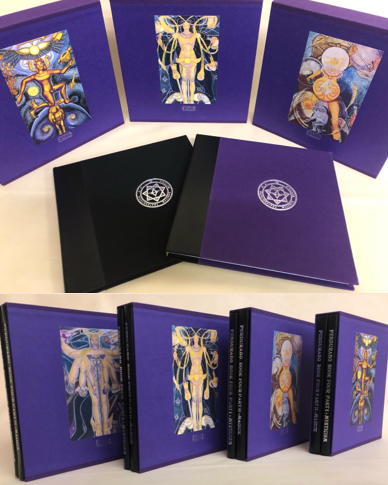 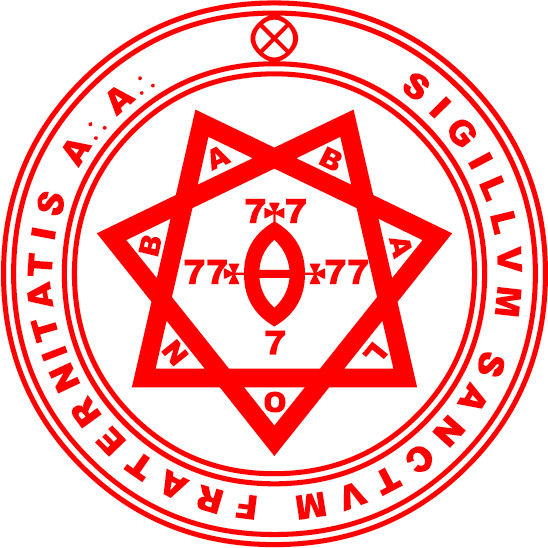 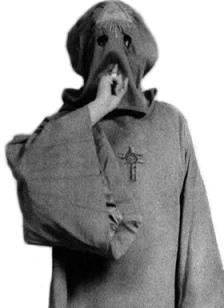 Each bearing one of four variants to the ‘Magus’ card painted by Freida Harris for Crowleys ‘BOOK OF THOTH: Egyptian Tarot’ (1944), plus a silver stamped seal of ‘Ankh-f-n-Khonsu’ below the image:

Thus out of 36 deluxe copies there exist:

This new edition published on the 111th anniversary of the commencement of the ABULDIZ magickal experiement which culminated in the eventual publication of ‘Book Four’ in 1912/13.

Aleister Crowley was introduced to Mary D’Este Sturges at dinner in the middle of October 1911, their subsequent relationship and travels through Europe led them to the ‘Villa Caldarazzo’ where, in a state of higher consciousness, Frater Perdurabo (aka Aleister Crowley) dictated the contents of Book Four to Soror Virakam (aka Mary D’Este Sturges). 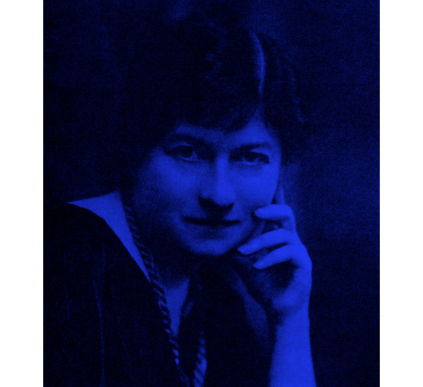 During their early relationship and travels, Mary D’Este Sturges began to experience communications from an astral entity identifying himself as the Wizard Abuldiz.

At first Crowley was inclined to disregard these seemingly incoherent transmissions until one day the medium gave him details of a secret nature which convinced him that the Secret Chiefs of his Order were trying to establish contact from higher planes.

Crowley began to record the communications in detail and continued testing the astral being called Abuldiz with various means developed by him since his time in the Hermetic Order of the Golden Dawn.

At one of the sittings Crowley experienced an inner vision of his own, during a transmission about a ‘villa’ which they were to locate and operate from, Crowley saw a mental vision of such a place with two tall Persian Nut trees at the entrance gate. It was whilst searching for the correct villa on a journey outside Posilippo near Naples that Mary D’Este Sturges urged the driver to detour down a rough track where, to their amazement, was a villa exactly as Abuldiz had described, complete with the two tall Persian Nut trees Crowley saw in his own vision. They took on the rental of the villa and, using the powerful ‘Preliminary Invocation’ of the Goetia, commenced summoning the being Abuldiz. 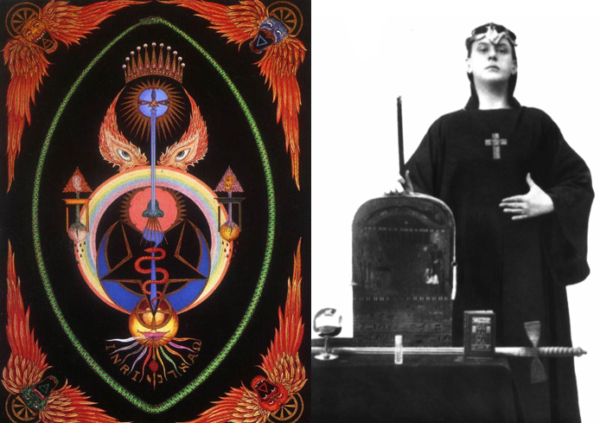 During these magickal workings Crowley began dictating the very book Abuldiz had instructed them to ‘find’ at the Villa Caldarazzo, it manifested as the worlds first true scientific textbook of mysticism and ceremonial magick: 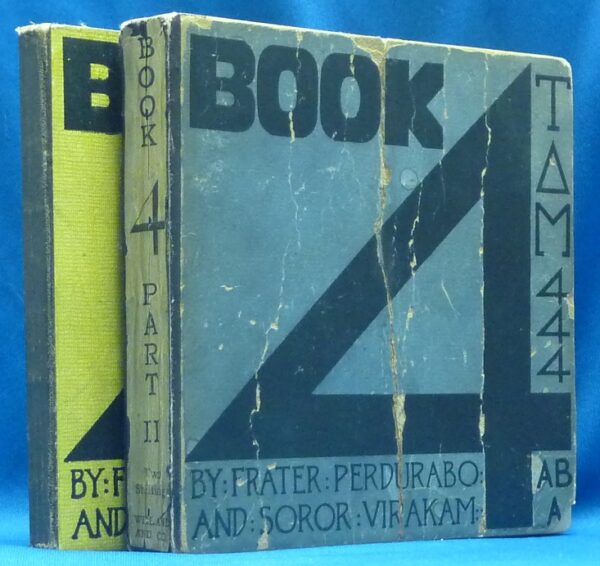 Crowley produced these volumes in a specifically square format, the work was intended to act as a talisman for the manifestation of his new magickal current, the current of the A.’.A.’. and the realization of ‘The Method of Science : the Aim of Religion’ credo of his magisterial esoteric publication ‘THE EQUINOX’.

What is truly remarkable about the contents of BOOK FOUR is the union of both mystical and ceremonial magickal concepts and practices in a coherent whole that is expressed in such dynamic and succinct language it has never been surpassed. 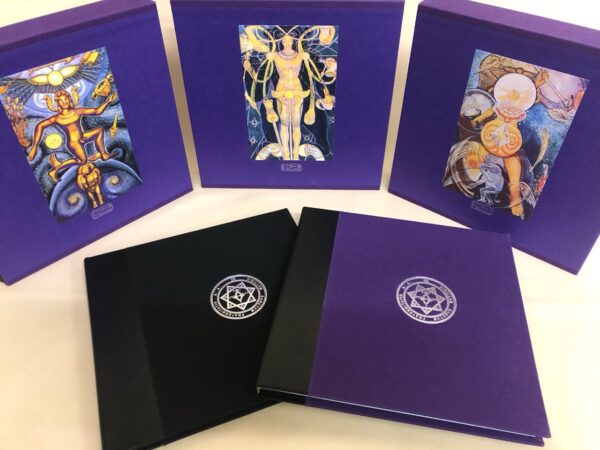 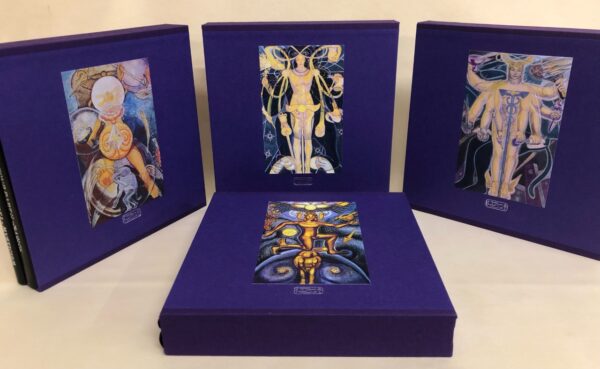 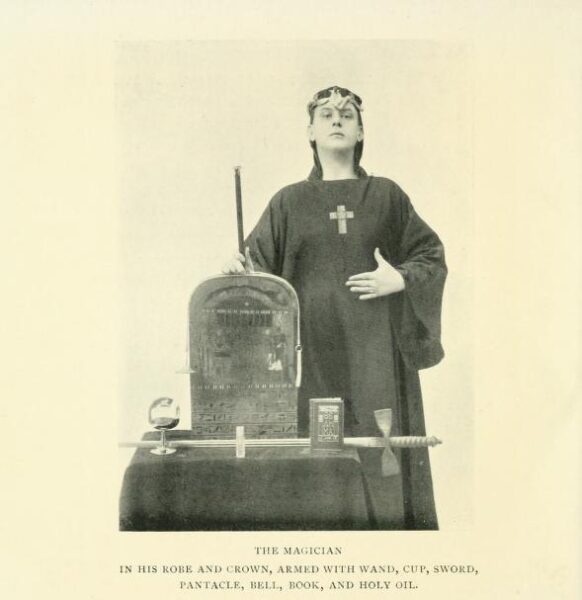 00. One is the Magus: twain His forces: four His weapons. These are the Seven Spirits of Unrighteousness; seven vultures of evil. Thus is the art and craft of the Magus but glamour. How shall He destroy Himself?

0. Yet the Magus hath power upon the Mother both directly and through Love. And the Magus is Love, and bindeth together That and This in His Conjuration.

1. In the beginning doth the Magus speak Truth, and send forth Illusion and Falsehood to enslave the soul. Yet therein is the Mystery of Redemption.

2. By His Wisdom made He the Worlds; the Word that is God is none other than He.

3. How then shall He end His speech with Silence? For He is Speech.

4. He is the First and the Last. How shall He cease to number Himself?

5. By a Magus is this writing made known through the mind of a Magister. The one uttereth clearly, and the other understandeth; yet the Word is falsehood, and the Understanding darkness. And this saying is Of All Truth.

6. Nevertheless it is written; for there be times of darkness, and this as a lamp therein.

7. With the Wand createth He.

8. With the Cup preserveth He.

9. With the Dagger destroyeth He.

10. With the Coin redeemeth He.

11. His weapons fulfil the wheel; and on What Axle that turneth is not known unto Him.

12. From all these actions must He cease before the curse of His Grade is uplifted from Him. Before He attain to That which existeth without Form.

13. And if at this time He be manifested upon earth as a Man, and therefore is this present writing, let this be His method, that the curse of His grade, and the burden of His attainment, be uplifted from Him.

14. Let Him beware of abstinence from action. For the curse of His grade is that He must speak Truth, that the Falsehood thereof may enslave the souls of men. Let Him then utter that without Fear, that the Law may be fulfilled. And according to His Original Nature will that law be shapen, so that one may declare gentleness and quietness, being an Hindu; and another fierceness and servility, being a Jew; and yet another ardour and manliness, being an Arab. Yet this matter toucheth the mystery of Incarnation, and is not here to be declared.

16. Let the Magus then contemplate each in turn, raising it to the ultimate power of Infinity. Wherein Sorrow is Joy, and Change is Stability, and Selflessness is Self. For the interplay of the parts hath no action upon the whole. And this contemplation shall be performed not by simple meditation —how much less then by reason!— but by the method which shall have been given unto Him in His initiation to the Grade.

17. Following which method, it shall be easy for Him to combine that trinity from its elements, and further to combine Sat-Chit-Ananda, and Light, Love, Life, three by three into nine that are one, in which meditation success shall be That which was first adumbrated to Him in the grade of Practicus (which reflecteth Mercury into the lowest world) in Liber XXVII, “Here is Nothing under its three Forms.”

18. And this is the Opening of the Grade of Ipsissimus, and by the Buddhists it is called the trance Nerodha-Samapatti.

20. And woe also be unto Him that refuseth the curse of the grade of a Magus, and the burden of the Attainment thereof.