The Magus or Celestial Intelligencer

‘The Magus or Celestial Intelligencer’

Also available as part of a 7 volume set, deemed useful and necessary to fulfilling a broad and deep study of the magickal arts and the unity of all things. Of which this is volume 1. 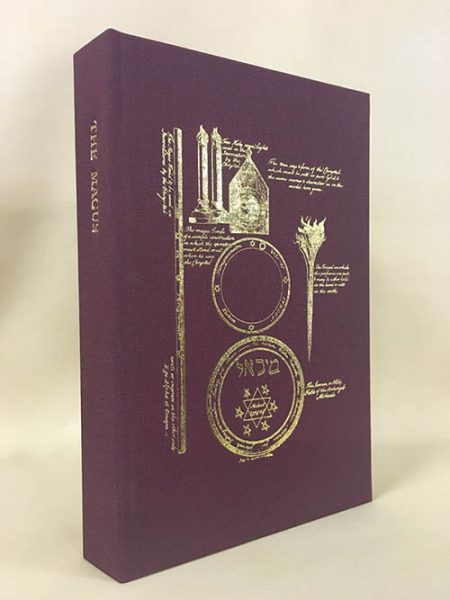 Being a Complete system of Occult Philosophy. In three books: Containing the Antient and Modern Practice of the Cabalistic Art, Natural and Celestial Magic & c. ; shewing the wonderful effects that may be formed by a knowledge of the Celestial Influences, the Occult Properties of Metals, Herbs and Stones, and the Application of Active to Passive Principles Exhibiting The Sciences of Natural Magic; Alchemy or Hermetic Philosophy; Also The Nature Creation, and Fall of Man; His Natural and Supernatural Gifts; The Magical Power Inherent in the Soul &c. ; The Composition and Construction of All Sorts of Magic Seals, Images, Rings, Glasses & c. ; The Virtue and Efficacy of Numbers, Characters and Figures, of Good and Evil Spirits. Magnetism and Cabalistical or Ceremonial Magic; In which The Secret Mysteries of The Cabala are explained; The Operations of Good and Evil Spirits; All Kinds of Cabalistic Figures, Tables, Seals and Names with their use & c. The Times, Bonds, Offices and Conjuration of Spirits. To Which Is Added Biographia Antiqua , or the Lives of the most eminent Philosophers, Magi & c. The Whole illustrated with a great Variety of Curious Engravings, Magical and Cabalistical Figure & c. black and white line drawings and illustrations.