Translated and illustrated by Radiana Pit

“Rather be called a devil worshipper, an agnostic,
an atheist, or even The Great Beast,
than corrupt your deepest spirituality
in the face of organised intolerance” 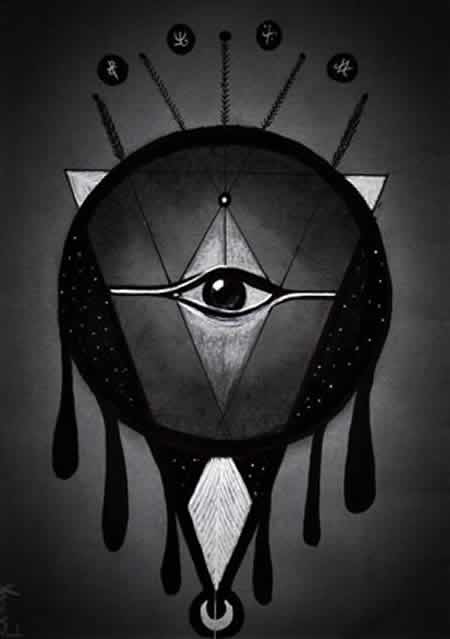 Illustration from the book © Radiana Pit

‘…I wrapped myself in heavy clouds of oil
And with the great flood of lightning
I melted the rough links
In which headed with iron
I guarded the depths of the world.
I am a lord of my own
And wandering through cosmic swirls
Through a flight of flames I shall defeat
The limits which separate me from the force…’

I believe Daimonion to be a pillar of Romantic Luciferianism. It speaks of a force, overwhelmingly active in some, that exceeds our comprehension.

I often take it to be God (or the Great Anonymous) shattered within our lives, history, being.

From the translators introduction:

“Through his work, he developed a sense of Myth and Magic that he does not only acknowledge as the embrionary states of history and religion, but also as a drive for science and art, and the closest thing to the Guardian of Mysteries – The Great Anonymous. He was always a passionate promoter of self awareness and of the cultural dignity of the Romanian people. His attempt was to raise awareness about the inner rhythm of the mythical and magical plane, though he was often misunderstood. This may be the reason why, alongside his spiritual attitude, the sense of yearning for the sacro-profane essence of this plane is so present in his poetry. And that is a distinctive characteristic of Blaga’s philosophy and poetry: yearning for spirit.

I believe Daimonion to be a pillar of Romantic Luciferianism. It speaks of a force, overwhelmingly active in some, that exceeds our comprehension. I often take it to be God (or the Great Anonymous) shattered within our lives, history, being.

Lucian Blaga was a radical Luciferian personality whose influences included Faustian and Transylvanian folk currents, included in the present publication is his essay ‘Daimonion’ and a selection of his spiritual poetry. His defiance of communist control and his insistence on the prime position of the daemonic genius as the source of all art and discovery place him in the ranks of Faustian figures from Goethe to Aleister Crowley, despite being banned by the communists his position as Cultural Professor in the Romanian University of Cluj and his achievements as a playwright, novelist, diplomat and philosopher led him to nomination for the Nobel Prize by the renowned Mircea Eliade. Publishing plays and volumes of poetry throughout his life, Blaga was active in promulgating his highly individual and magical philosophical ideas (beginning with an early essay on the subjectivity of time) including ‘Luciferian Knowledge’ (1933) and his vast ‘Cosmological Trilogy’.

Selected Poems are from the following collections of Blagas work: 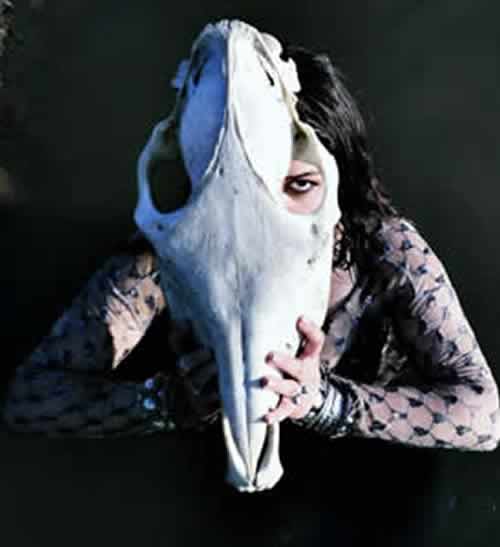