ADMISSION OF THE NEOPHYTE

Titles gilt to spine, with Egyptian device stamped in gold to the front cover.

A facsimile of a Golden Dawn Inner Order Manuscript

The document we present is an important historical record and a significant Inner order document for all involved in studying the tradition of the Hermetic Order of the Golden Dawn and all those systems derived from it. The original copy, in the possession of an English Cancellarius of the Order derives from the very early years of the Order and the first unfoldments of the Adeptus Minor curriculum as envisaged by Samuel Liddell MacGregor Mathers from 1893 onwards. 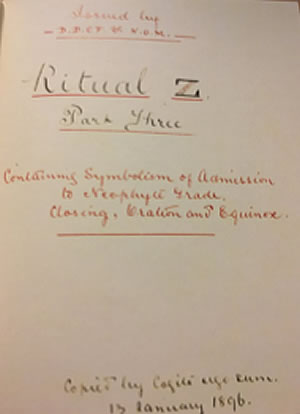 Title page of the manscript 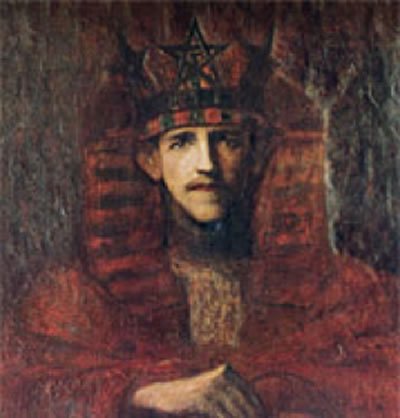 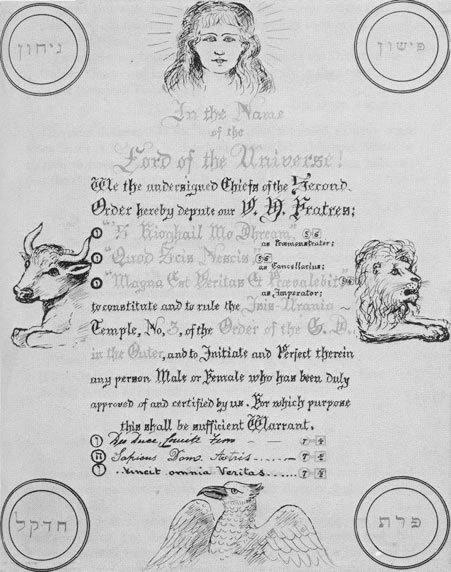 The manuscript contains a title page in red and black inks, carefully written, followed by content and the subtitle:

Throughout the first sections of our text, there are minor alterations and additions, as one would expect from a manuscript copy which would require clarification from oral sources or from memory, such as the insertion of:  ‘…as in the case of the Imperatrix..’  at one juncture and so on. But we also find illuminating additional material such as an elaboration of the ‘Tree of Life in The Aura’ which is absent in Israel Regardie.

Other alterations or additions serve as essential stage directions in the performance (physical or astral) of the neophyte Ceremony, ie:  MS  adds  ‘…in the midst of the triangle of Aroueris..’  where Regardies narrative has  ‘..in the presence of…’   etc etc.