facsimile of the first English edition 1987 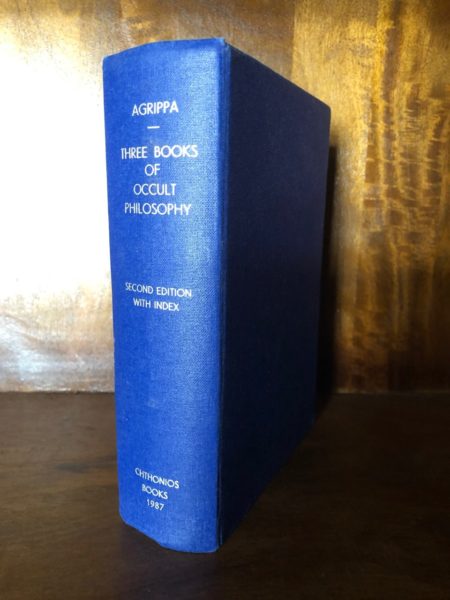 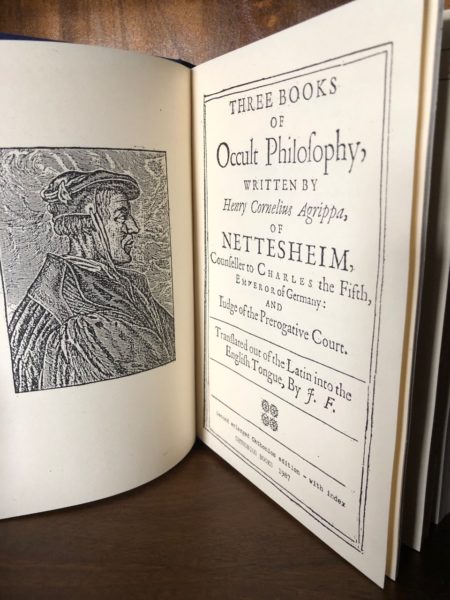 Rare and hard to find facsimile edition of this important occult work. The publisher, Stephen Ronan, was known for his work in the field of  ancient classics and esoteric literature having reproduced many rare works including those of Thomas Taylor the English Neo-Platonist.

Hastings, England: Chthonios Books, 1987. Facsimile edition – second thus. Hardcover. Large Octavo, 10 + (xii) + 584+ (10) pp Original blue cloth with gilt title etc. to spine. Illustrations. Folding plate at rear. The Chthonios Books edition of Agrippa’s “Three Books of Occult Philosophy” was the first English language edition to be printed for over three hundred years. It is for the most part a slightly enlarged facsimile of the 1651 London edition, with the introductory pages being type-set (as the originals were too poor to reproduce) and some typeset restorations to a few other pages that were similarly too poor for reproduction. This second printing (1987 – the same year as the first) includes an Index that was not present in the first Chthonios Books edition.

Very scarce and much sought after edition.